China’s ban on accepting the world’s used plastic has plunged global recycling into turmoil. Plastic now piles up in many countries.
Newslook

The Borough of Chambersburg has made some changes in order to save its popular single-stream recycling program.

Instead, borough sanitation workers in borough-owned trucks will conduct curbside collection of single-stream recycling. McCardle Recycling will take the material from a transfer station and push it to recycling processing facilities.

Chambersburg Borough Council approved the arrangement on Monday and entered into a three-year contract with McCardle Recycling, a firm recently started by veteran waste consultant Kevin McCardle, according to a news release. 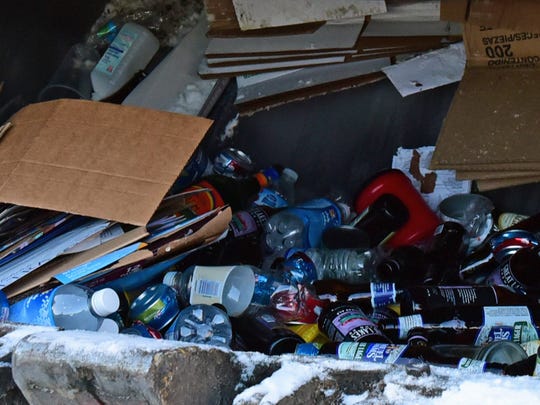 In this January 2016 file photo, recyclable materials picked up from Chambersburg streets are in a Waste Management truck. (Photo: Markell DeLoatch/Public Opinion)

“Chambersburg personnel have for many years collected all residential and commercial municipal waste, so the transition back to collecting our own recycling was not too difficult to arrange,” said Dave Finch, assistant borough manager and manager of the recycling program.

Residents are not expected to see any differences in their service, and increases in cost to customers are not anticipated, Finch said. Changing the recycling collection process entails hiring additional sanitation workers, the purchase of a new recycling truck from G-S Products in Somerset, and the construction of a temporary transfer station.

More: Future of Chambersburg could depend on comprehensive plan

Single-stream recycling allows residents to put out their recyclable materials altogether, instead of first separating it.

The borough saw a significant increase in the amount of materials collected after the program started in 2016, the release said. The borough collects 500 to 1,300 tons of materials each year, according to Stonehill and Finch.

For it continue on with the program, Waste Management said customers must separate their materials before pick-up and that glass, certain plastics and shredded paper would not be accepted at all, Finch said. 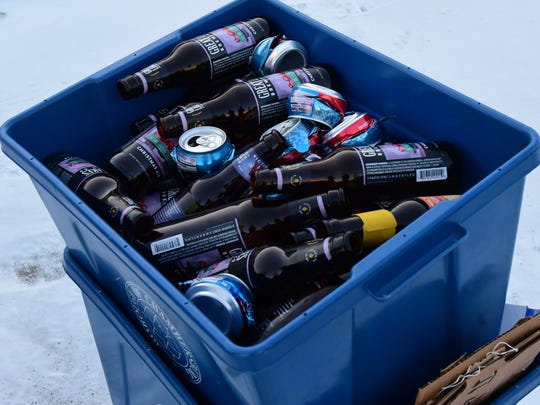 In this January 2016 file photo, bottles to be recycled fill a tote setting along a street in Chambersburg. (Photo: Markell DeLoatch/Public Opinion)

Glass is an issue for recycling plants, as much of it is contaminated with color, metal or stone and is not suitable for melting and reuse. Glass is the No. 2 recyclable material in the United States, behind cardboard.

More: Arson result of Chambersburg woman asking man over and over to kill ex-boyfriend, cops say

In addition to its stipulations on materials, Waste Management also said it wanted the ability to adjust its prices if its costs went up, Finch said.

Thank you! You’re almost signed up for

Keep an eye out for an email to confirm your newsletter registration.

After receiving zero applications from vendors to continue the system as-is, the borough signed on to the retooled system with McCardle. In his company’s contract with the borough, McCardle ensures he will find a home for all recyclable materials, including glass and certain types of similarly undesirable plastic, according to the release.

The 5 things you need to know about chemical recycling

Moving out – the Zero Waste way!