MESA, Ariz. – Many cities across the country and right here in Arizona have had to stop or change recycling programs. The city of Mesa is the latest local city to alter its recycling program.

For many of us, recycling has become second nature, but for residents of Mesa, what you can and cannot place into the recycling bin has changed. That’s due in part to countries like China limiting the import of recycled materials.

“You’re just seeing a shift in the markets, with a lot of the international markets, particularly the ones that were taking the majority of the recyclables from the United States, now that those markets no longer or exist or are very limited it is causing the whole industry to really reevaluate how we operate,” said Mariano Reyes with the city of Mesa.

Two years ago the city of Mesa actually made over $800,000 selling their recycling. This year, they’ll be losing about $500,000, and next year, the city projects they’ll lose close to $1.5 million.

That’s why they’re changing what can and cannot be recycled. The biggest area that will affect Mesa residents is the recycling of glass and plastics.

“Beverage bottles, jugs and cans, basically we just ask residents when they’re going to be throwing one of those items into a recycling container, they first ask themselves, is it a beverage, if it’s a yes, then ask themselves, is it a bottle, jug or can if it’s yes then it’s perfectly acceptable, if they answered no, then it’s no longer accepted in Mesa’s program,” said Reyes. 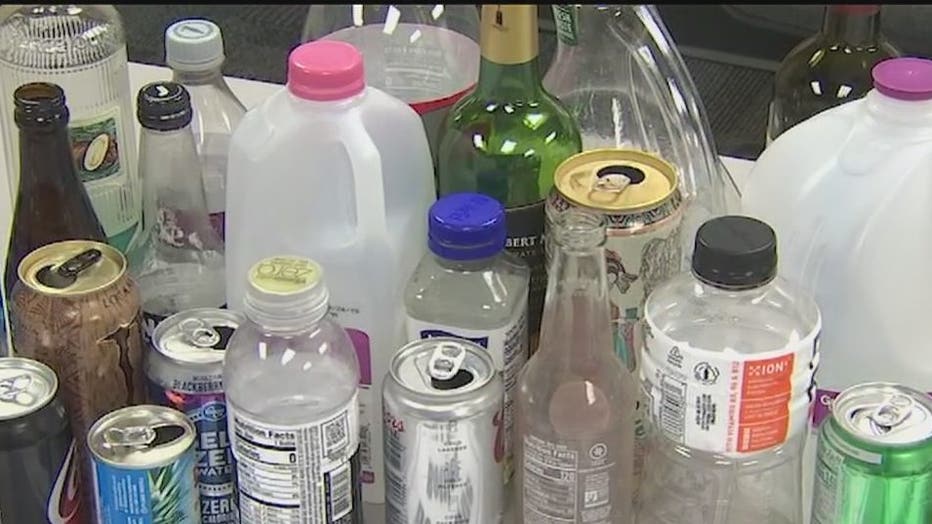 For more information on what can and can’t be recycled, visit Mesa’s website.

Wind Turbine Blades Can’t Be Recycled, So They’re Piling Up in Landfills

Apple reveals their secrets behind 100% Recycled Aluminum while adding Machine...

From Shoulder Pads to Recycled Bras

Your ‘recycled’ laptop may be incinerated in an illegal Asian scrapyard

A Mardi Gras we can all be proud of. : recycling