Ship recycling in Southeast Asia is moving forward with plans to better comply to safety regulations, in a period during which scrutiny for ship owners is getting bigger and bigger. In its latest weekly report, shipbroker Clarkson Platou Hellas said that “the focus this year switched towards the E.U. approvals and with whom does the responsibility lie when selling a vessel for recycling. More emphasis this year seemed to be placed on the actual ship owner which tied in with more percentage of sales being concluded on an ‘as is’ basis and passing all responsibility to the cash buyer in relation to ballasting the vessel and gas freeing to a standard that would allow a tanker to receive permission for import to the final recycling destination. In reference to tanker sales, many cash buyers had the same opinion and qualm during the discussions that the quantity of slops and sludges at the time of delivery were mainly incorrect against those agreed in a contract. Thus, on delivery, and prior to moving the vessel to the recycling yard, the cash buyers had to spend time and money gas freeing to a satisfactory and safe standard prior to arrival at the destination anchorage”. 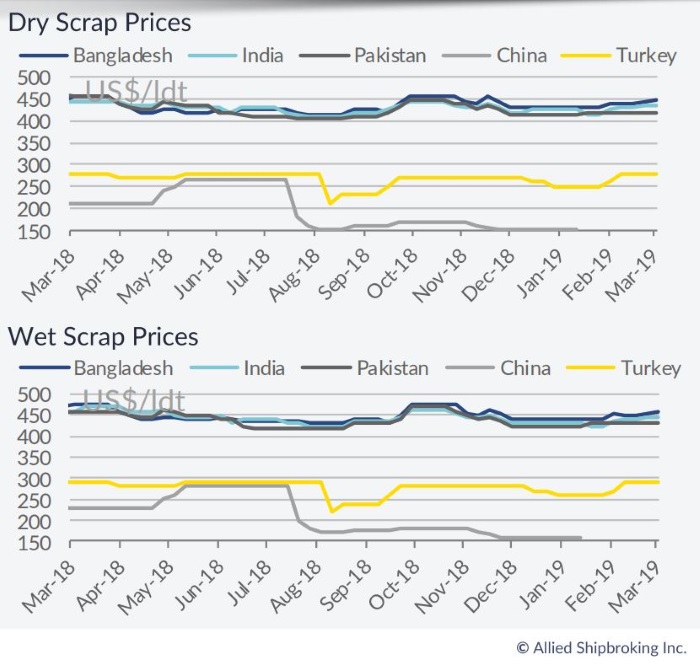 “In addition, questions were raised that ship owners should be supplying IHM’s (Inventory of Hazard Materials) for all vessels prior to delivery of a vessel instead of just those for green recycling. During the presentation from the representative from the E.U., it was stressed that contrary to reports in the media, they have not rejected the Indian yards that had been inspected but have given further ideas and recommendations in an effort to gain their approval. Included in these recommendations was to build a new larger hospital near the recycling yards which, optimistically, received acceptance form the recyclers but obviously this takes time. There are more inspections of recycling yards arranged by the E.U. at Alang in the forthcoming weeks and it is felt that it will be a matter of time before any approval is given, however the timing is very much in the air considering the task being asked of the recyclers. Encouragingly, the Bangladesh recyclers informed stated that several more recyclers are preparing their yards for H.K. convention certification, aided by the guidance of the NK classification society, but again, it takes time and money for these developments to come to fruition, but a big step is evident in improvements in Bangladesh both for the welfare of the laborer’s and the environment”, Clarkson Platou Hellas concluded. 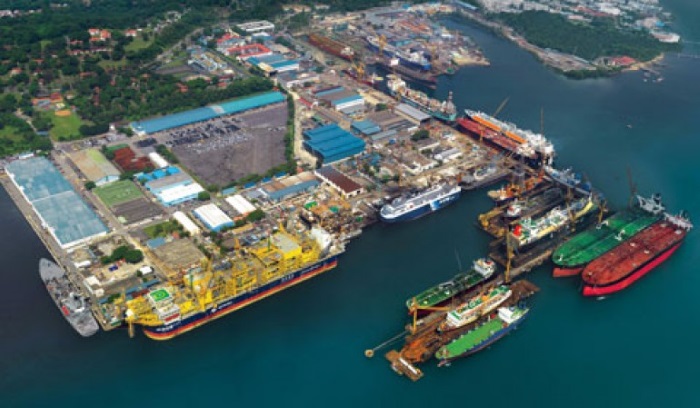 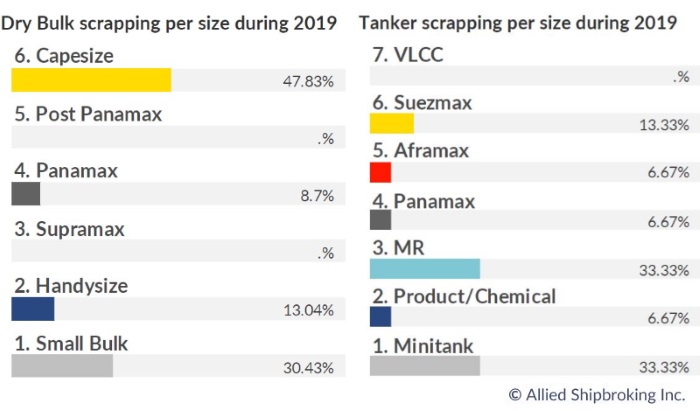 In a separate note, Allied Shipbroking said that “the slump in earnings seen in the Capesize segment has triggered some increase in activity here, with another 2 Capesizes being sent to breakers this past week. In addition, the demolition of a 40 years old Panamax was reported on an “As is, where is” basis. It is anticipated that demolition activity will continue to ramp up in the dry bulk sector, as the collapse in freight rates as well as the new regulatory requirements have started to heavily affect owners’ decisions. On the tankers side, we did not see any activity this past week, as freight earnings remain at satisfactory levels, allowing owners of vintage carriers to operate their vessels longer. Meanwhile, activity in the containership sector continued last week, with 2 more carriers being scrapped. The vast majority of the vessels beached lately have been recycled by Bangladeshi breakers, which remain the key player in the Indian sub-continent for the time being and with expectations being that this will continue to hold at least in the short-term. On the other hand, volatility has been seen in the offered prices being given by Indian breakers recently, while competitiveness of Pakistan remains low due to the significantly depreciated local rupee and the decline of domestic steel prices”, Allied concluded.

Meanwhile, GMS, the world’s leading cash buyer of ships said this week that “contrary to the levels at which some of the sales registered this week, local markets actually witnessed a slump in prices and sentiments, as Bangladesh continues to run out of room and local steel plate prices slid throughout the tail-end of the working week in India. Furthermore, it is expected that the softness currently experienced in the Indian market may well continue until March 31st (at least) as it is the end of the financial year for Indian companies & banks and most steel mills & ship recyclers will be busy adjusting their stock and books. As Pakistan continues to struggle in absentia with the weakest levels in the Indian subcontinent, local steel plate prices in the Turkey seem to have found some stability this week as Turkish plate prices were unmoved after two weeks of declines.
On the sales front, a large VLOC (taking the total number of Capesize bulkers / VLOCs sold for the year to over 10) has been concluded with a Bangladeshi resale in mind, as is the case with another Panamax container from Zim that was concluded at a seemingly speculative level in the mid USD 470s/LT LDT basis an ‘as is’ Singapore delivery.
In other news, the usual congregation of Ship Recyclers, Cash Buyers, Ship Owners, Bankers, Brokers, NGOs, Policy Makers, Insurers, Lawyers and various others entities associated with the industry, occurred this week at the Tradewinds ship recycling conference in Hong Kong, for further lively debates on the latest EU ship recycling regulations, in addition to celebrating the 10th year anniversary since the inception of the Hong Kong Convention (HKC) guidelines on the safe and environmentally sound recycling of ships”, GMS concluded.
Nikos Roussanoglou, Hellenic Shipping News Worldwide

Citywide Waste Management Melbourne🚮 – Benefits Of Working Together With Waster

Effects Of Consumerism On The Environment

Metro Asks Public To Throw Away Plastic Bags Rather Than Recycling...

Iowa recycler accused of cheating customers out of deposit money

PHOTOS: The Smell of Recycling