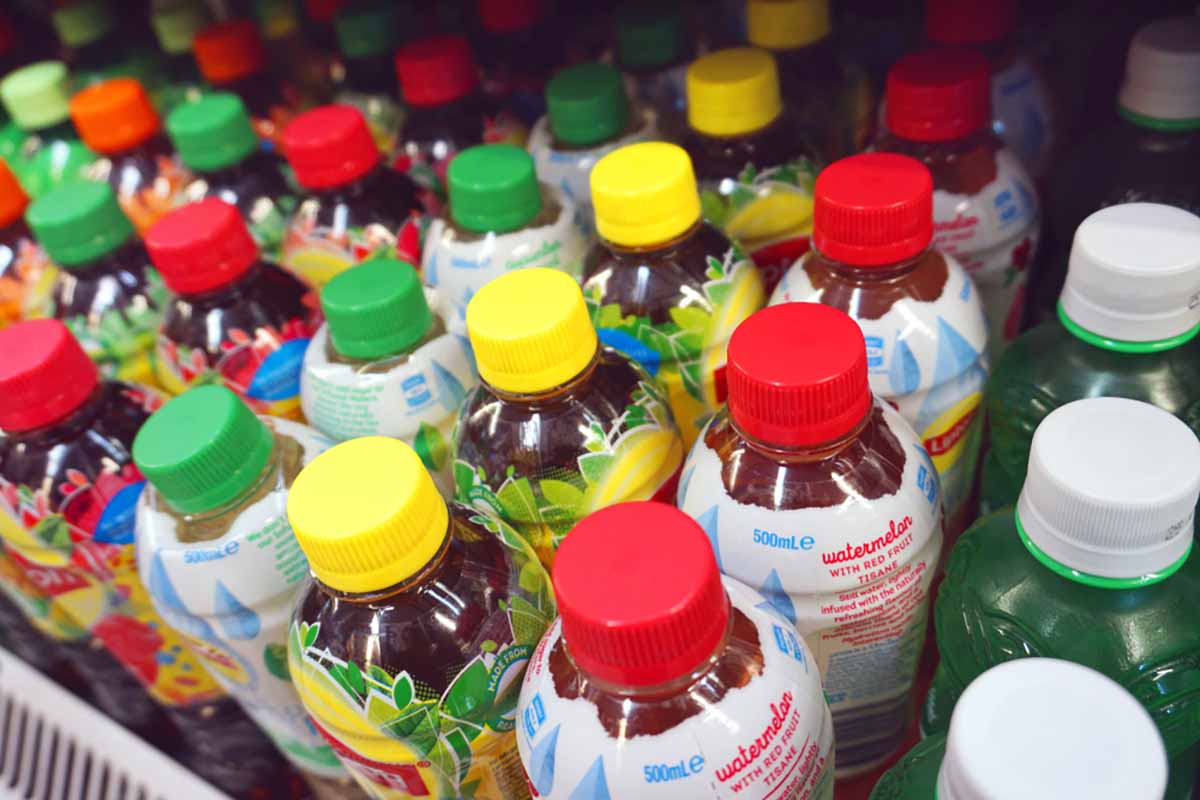 PET bottle labels can be problematic to the plastics recycling process, but a PET bottle label innovation recently received a letter confirming its compatibility. | Ho Su A Bi/Shutterstock

Testing has shown that a label for PET bottles and several tube packages are compatible with current plastics recycling processes.

The Association of Plastic Recyclers (APR) issued three critical guidance letters in recent weeks confirming the packaging innovations are either recyclable or can be separated from recyclable plastics.

APR sent letters to Multi-Color Corporation (MCC) for its Roll-On Shrink-On label with MCC Colorfast Inks, to Berry Global for its portfolio of PE tube packages, and to Kim Pack for its HDPE tube with a barrier layer.

The following are summaries of the latest products to receive recognition:

During testing, the label was successfully removed from the PET during the float-sink and elutriation steps, Thomas said. The inks resulted in slight discoloration of the rinse water but not the wash water, he said.

“The label obviously successfully floated and separated from the PET, which is what we want,” Thomas said.

Berry Global on Sept. 17 received an APR letter covering its portfolio of PE tube packages, which can be recycled alongside HDPE bottles.

In a Sept. 10 webinar, officials from Berry Global explained how testing was conducted on several of their tubes. Debra Wilson, Berry’s Consumer Packaging-North America material science director, said the company wanted to test whether its current tube designs could be recycled in the HDPE stream.

Wilson said the testing showed the tubes met APR requirements and are compatible with the color HDPE container stream. A problem they encountered was in sorting the tubes covered with foil, she said. Magnetic detection equipment at sorting facilities will remove those packages from the HDPE container stream, she added. That will mean either an alternative decoration will be required for the package to be sortable, or an innovation such as digital watermarking will be needed, Wilson said.

APR on Oct. 1 issued a letter to Kim Pack covering the company’s Kim Pai Go Green 250 tube, an HDPE direct-decorated tube with 5% or less EVOH barrier layer and a tie layer. The letter covers the tube both with and without a PET shoulder insert.

During a Sept. 25 webinar, Manita Kruthkul, R&D manager at Kim Pai, said testing by PFE in January 2020 and March 2020 showed the tube failed requirements for tensile yield and pellet melt flow index. But the company made changes to the package, and in May, it passed testing at PFE.

The package is a white HDPE tube with a 5% EVOH barrier layer and a low-melt-flow shoulder. It may or may not contain a PET insert. The PET insert is removed during the grinding and float-sink steps, becoming yield loss.

How to paint a rose with celery – Recycled Crafts

In Space, Nobody Picks Up Your Trash: NASA Recycling in Space...

Overcome recycling anxiety for the good of our planet