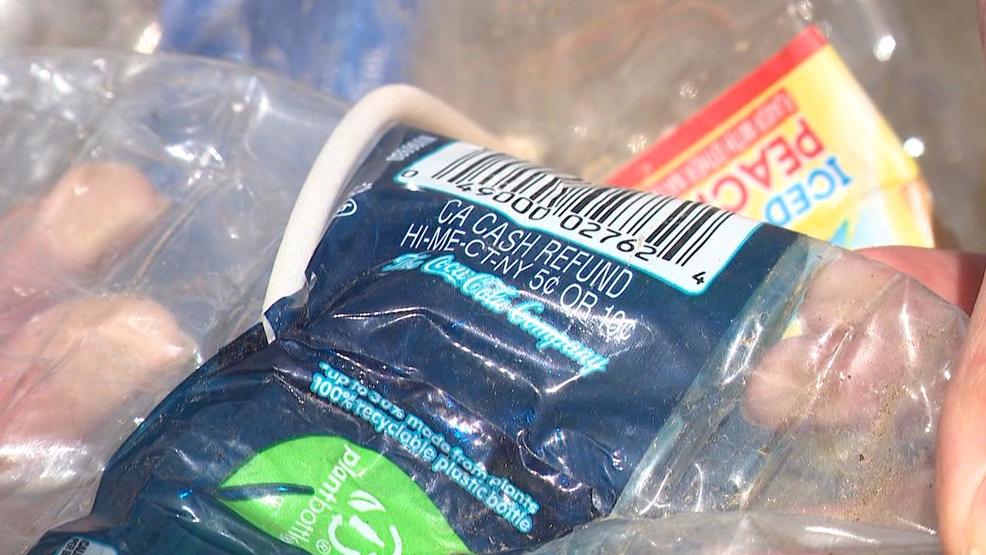 Previous attempts have been made to establish a bottle deposit program in Arkansas – the last in 2007. But this time the state representative sponsoring legislation to do it said she believes she has the key to finally bring a long-time foe of the legislation on board.

State Representative Vivian Flowers (D-Pine Bluff) filed HB1771 on Monday, introducing the bill surrounded by bottle deposit program supporters holding strings of littered plastic bottles at a press conference on the steps of the Arkansas Capitol. Flowers said she was approached by the group Arkansas for Container Deposit Law, bringing to light the issues in certain parts of the state without sustainable recycling programs and the facts surrounding state consumption of bottled beverages.

Bridges said of the two-billion beverage containers consumed by Arkansans, roughly 70-percent of those bottles and cans ended up at landfills instead of recycling plants. Some of the bottles and cans simply end up on the side of the road.

“Arkansas spends five-million dollars a year on picking up litter – that’s from the Department of Transportation,” said Rep. Flowers.

Flowers told reporters she met with ARDOT representatives as well as several other interested parties, including both Democrats and Republicans. The bill appears to have bipartisan support, according to Flowers.

The state’s Deposit Beverage Container Recycling Program would charge consumers a five-cent deposit per bottle or can. For example, if a consumer were to purchase a six-pack of soda, the consumer would be charged an additional 30-cents at checkout. However the nickels paid can later be redeemed at recycling redemption centers that are licensed by the state.

Bottle deposits are intended to decrease littering and increase recycling options, according to Flowers and Bridges. Flowers said the latest state to introduce a bottle deposit program – Hawaii – was able to reduce its litter output by 60-percent in its first three years of operation.

“The ten states that currently have a deposit, recycle nearly half of all beverage containers recycled in the United States,” said Bridges.

Rep. Flowers said she anticipated some opposition to the legislation when it comes to a one-cent tax charged to beverage distributors to fund overhead costs of the recycling program.

“We understand that there would be some push-back and concern on the part of the bottlers,” said Flowers. “That’s why we’re discussing how we can actually use this program which would really amount to a one-cent tax and eradicate a two-cent tax.”

Currently soft-drink bottlers in Arkansas are charged a two-cent excise tax to help fund state contributions to Medicaid. At Monday’s press conference, Flowers announced her intention to try and do away with the soft-drink tax and replace it with funds available from unredeemed bottle deposits and proceeds from that one-cent tax charged to bottlers. Right now the way the bill is written, there’s no language to sunset the soft-drink tax in favor of the one-cent tax instead.

Groups like the Arkansas Beverage Association, or ARBev, have complained the two-cent tax unfairly targets the soft-drink industry. Since the possibility of getting rid of the excise tax hasn’t been written into the proposed bill yet, ARBev’s Dennis Farmer told KATV they’re declining to take a position on the bill until that’s cleared up.

Monday afternoon, Flowers met with Governor Asa Hutchinson to discuss her proposed bottle deposit law. According to Hutchinson spokesperson JR Davis, the governor is currently reviewing the legislation and is withholding an opinion on the bill at this time.

Asbestos Disposal Skips: Why Asbestos Removal Bins May Get Cheaper?

Fire breaks out in pile of cardboard at recycling center in...

Your Renovation Debris Can Be Hazardous

West Seattle Blog… | SATURDAY: Get ready to recycle/shred at West...

The future of recycling: we all can help shape it