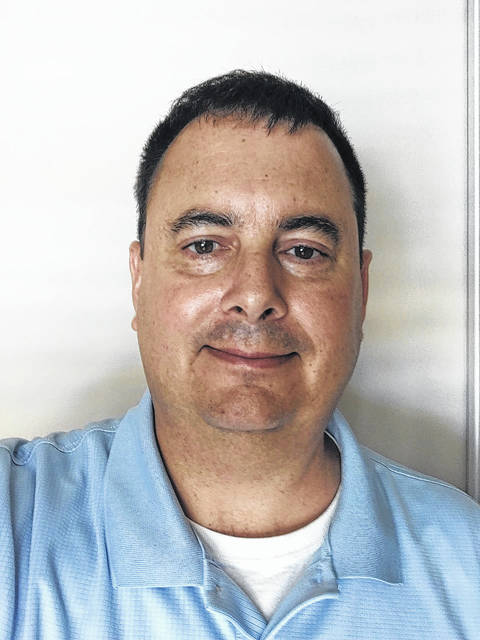 LUMBERTON — City residents who recycle their trash through Waste Management need to be more discriminating in doing so, or that option could be taken away from them.

According to Rob Armstrong, director of Public Works for the city, what he calls “contamination” of the green and yellow trash bins is costing the city a lot of money, and threatens the recycling program. City officials have launched an information campaign that includes its Facebook page to advise residents what is OK to recycle and what is not.

Waste Management contracts with the city for curbside pickup, and provides residents with three trash bins — a green and yellow one for recycling, a gray one for regular household trash and garbage that cannot be recycled, and a solid green one for yard debris, such a grass clippings and tree branches.

Armstrong said when materials that cannot be recycled are placed in the green and yellow trash bins, the bins can be deemed to be contaminated, and the city is assessed a fee. In recent months all of Waste Management’s trucks have been deemed contaminated, he said.

The penalty of $60 per ton has cost the city $29,819.40 this year in fees, which is “not sustainable under the current rate structure,” Armstrong said Wednesday. Waste Management averages picking up about 85 tons of materials a month that have been placed in the green and yellow trash bins.

“Our goal is to have the contaminate level reduced in our recycling waste stream to a level where we are not charged a penalty,” Armstrong said. “We hope this education campaign helps customers understand what materials are acceptable. The contamination is bad enough where all of our trucks have been assessed the penalty since January and the recycle facility does not even bother to sort many of the loads, they are immediately … re-routed to the landfill.”

The problem has been “building for some time,” but the penalties began being assessed in January, he said.

Items that can be recycled include plastics Nos. 1 and 2; paper; aluminum cans; metal cans; clean pizza boxes; cardboard; and aseptic packages such as milk cartons.

Among to the items that should not be placed in the recycle bins are glass, including bottles, windows and mirrors; plastics Nos. 3, 4, 5, 6 and 7; aerosol cans; aluminum foil; food waste; food-tainted items such as paper plates; ceramics and kitchenware; plastic wrap; packing peanuts and bubble wrap; Styrofoam; hazardous chemicals and containers; plastic toys and sporting goods; wood; and grass clippings.

Plastics typically have a number somewhere, often on the bottom of bottles, identifying them. Armstrong said examples of plastics No. 3 through 7 include Tupperware containers, sour cream containers, PVC pipe and Styrofoam.

Armstrong is optimistic that customers will answer the city’s plea.

“While the current contamination issues with the program are serious, we believe they can be improved by educating customers on what materials are recyclable,” he said. “Once we have had some time to evaluate the success of the education effort, the City Council will make final decisions about the recycling program.”

Armstrong pointed out that some materials, such as glass and plastics Nos. 3, 4, 5, 6 and 7, that have been recycled in the past, no longer are. He cited as one reason that China has stopped purchasing much of the plastic.

There is not much of a market for recyclables, he said.

“There is really no value in the recyclables collected in our curbside program because they are all mixed up,” he said. “The goal of our program is to deliver them to the recycling facility owned by Pratt Industries, and let them take them at no charge. … For the trucks that may be clean enough to go through the facility without the penalty, the end sorted product has value for Pratt industry, who sells the sorted goods on the recycling commodities market.”

City Manager Wayne Horne said any decision concerning the recycling program’s future would be made by the City Council. Council could decide to end the program if it determines that the penalties are too high for the city to absorb, or the council could consider charging customers more for the service

There are about 6,800 customers in the city that pay $22.12 a month for the service, which includes pickup of all three containers. according to Armstrong. Most are households, but about 800 small businesses qualify for the service and are included.

Armstrong believes that once people understand what can and can’t be recycled, the problem will diminish.

“We believe the contamination problem can be resolved over the next few weeks or months,” Armstrong said. “Most people who take the time to recycle genuinely want to participate correctly in the program. Many folks just don’t know exactly what is accepted. A big help to the program is if a person is unsure whether an item is recyclable, throw it away in the gray garbage container rather risk contaminating the recycling waste stream.”

Ontario mill expansion to use OCC and mixed paper

New Data Shows Half of Boulder’s Trash Is Being Recycled or...