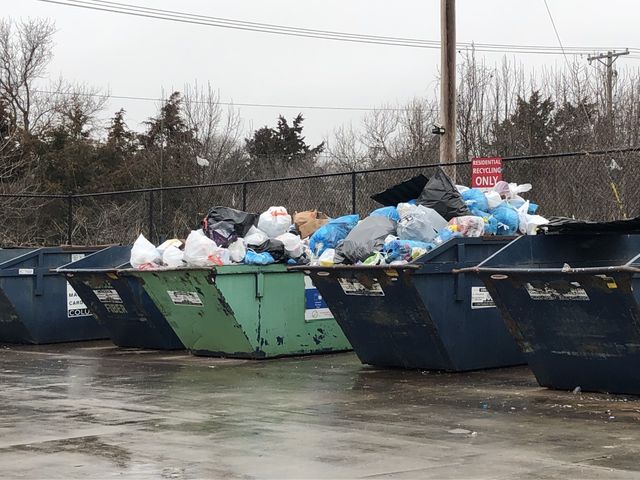 COLUMBIA – Trash and recycling workers urged Columbia City Council during Monday night’s meeting to consider the staffing shortages and financial concerns they see in their line of work.

Over the years, households could place almost anything on their curb for pickup.

Columbia Waste Utility Manager Steve Hunt said Columbia residents are allowed to set out as much garbage as they want.

“They can set out multiple sofas, multiple mattresses, multiple bags of leaves, and then our staff will then collect all that in the truck,” Hunt said.

That will no longer be the case moving forward after council approved the requirement for residents to schedule bulky item collection at least one week in advance.

Residents will be charged $21.50 per pickup for the first item and $5 per additional item during the same pickup. Every household will get one free bulky-item pickup each year.

Other approved changes include:

Recycling hasn’t been picked up at all the last few months because of staff shortages. Households are still charged, however, because trash and recycling collection are combined into one cost.

The collection changes will go into effect on Nov. 1. Households have until Feb. 1 before the requirement of using city provided bags is enforced.

10 recycled apparel and travel products to add to your closet

Judge: Recycler can resume Mpls. operation but must comply with MPCA...