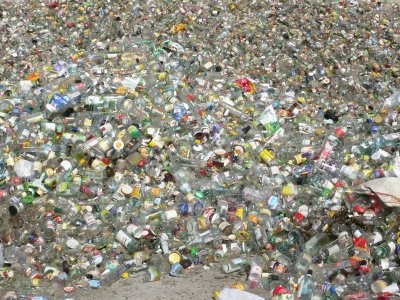 “The closure of the largest recycling chain in the state, rePlanet, has cut the number of recycling centers available to Californians in half over the last six years,” Consumer Watchdog President Jamie Court wrote in a letter to Governor Newsom. “CalRecycle has long known about these problems, but it has failed to act.”

“CalRecycle has failed to save the redemption centers, to force the retailers to live up to their legal obligations, to hold beverage companies accountable for bilking the state and to honestly present the financial ledger of the recycling program,” Court wrote. “The leadership of CalRecyle needs to change its attitude and treat this crisis as a crisis or it needs to be replaced. We suggest an immediate job review for the director of CalRecycle and possible replacement depending upon on its findings.”

Court wrote, “Most troubling, CalRecycle has failed to live up to its obligation to issue financial reports required by the legislature for the last thirteen months. In a moment of crisis, when the public and legislature needed to know how much the state held in unredeemed bottle and can deposits, CalRecycle’s failure to report on those fund balances left us blind.”

“This is gross mismanagement that should not be tolerated. The leadership of CalRecyle needs to change its attitude and treat this crisis as a crisis or it needs to be replaced. We suggest an immediate job review for the director of CalRecycle and possible replacement depending upon on its findings.”

“California’s landmark Bottle Deposit law of 1986 is broken and CalRecyle is busy catering to the concerns of various special interest groups that have left the program in gridlock. Grocers, beverage companies, and waste haulers have shirked obligations, both legal and financial, with impunity. Redemption centers are failing and CalRecyle is not helping them survive. It’s time for a new day for recycling in California.”

In the short term, Consumer Watchdog recommended that CalRecyle should:

Court wrote: “In the long term, a special session of the legislature or gubernatorial strike force is needed to modernize the bottle deposit laws based on the best available research about successful programs across the nation and world.

We recommend you direct the Cal-EPA to evaluate options for:

“Successful beverage container deposit programs around the world have these attributes. California’s program must be reformed. Consumer convenience must be paramount. Accountability and efficiency for recyclers should be incentivized.”

13 Items You Definitely Shouldn’t Throw In Your Recycling Bin

RECYCLING TAGS: Tags placed on bins will notify residents if they...