The City of Mobile is considering other options for recycling contracts including possibly moving away from single-stream recycling.

A resolution to renew a contract with the Emerald Coast Utility Authority’s Material Recycling Facility in Escambia County, Fla., was tabled at the city council meeting on Wednesday. Paul Wesch, executive director of finance for the city, said the search for other options comes after the cost of production nearly tripled since the start of business with Emerald Coast.

The job ECUA does has not changed and they still do a fine job, Wesch said. But the cost to do that job has jumped from $9 per ton to $25 per ton. This increase is linked to economic pressure weighing on the company as the price of recyclables dives lower and lower, Wesch said.

“We were OK with [the price] as a temporary solution, which is why the resolution is on the agenda,” he said. But after it was put on the agenda, the city was notified that pricing was still “volatile” and ECUA was not willing to move forward. 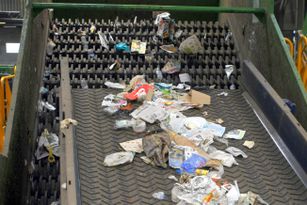 How does recycling work in your city? A look at the five largest in Alabama

Three of the state’s five largest cities plan to make significant changes to their recycling programs in 2019.

Financial pressure is good, Wesch said, because it can lead to other choices you might not have considered. The current system requires that citizens bring their recyclables, combined for the single-stream system, to one of the two drop-off locations in the city. There is no curbside recycling in the city.

The city is looking for better pricing, but it is also exploring other options. The alternatives could involve having consumers separate their recyclables, instead of the popular single-stream method. The current collection centers on Pinehill Drive and Museum Drive will be unaffected by any changes to come, he said.

On the other hand, the market changes will affect the city’s plans to expand drop-off centers to every district. There was talk of recycling centers in every district when Mayor Sandy Stimpson pushed a greener Mobile in June 2017. 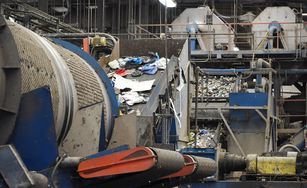 Alabama is home to the largest plastics recycling facility in the world, but still struggles to reach national average recycling rates.

These plans have not vanished, Wesch said, but have significantly slowed. “This will be a long journey,” to centers in every district and curbside recycling, he said. He said the city wanted to reach its capacity with the shortest distance between the centers before embarking on other goals.

Christmas light recycling program results in more than half a ton...

Meet the workers who hand sort our recycling – Bundaberg Now

Global reserves of lithium are limited

How Did Taiwan Achieve Such High Recycling Rates?

No glass recycling in Wernersville; traffic stoppages on Route 422; and...