The nanny state strikes again: Council officials randomly investigate residents’ bins and publicly shame them if they are not recycling properly

A picture has been posted online of labels attached to recycling bins after council officials randomly checked that residents were recycling correctly.

A resident in the Moreland Council area of Melbourne posted the picture online on Thursday saying that their street was littered with the labels.

It is understood the council’s bin inspection program is done at random times throughout the year – with residents getting one of three labels.

Those who have recycled correctly with no contamination will receive a notice saying ‘Thank you’. 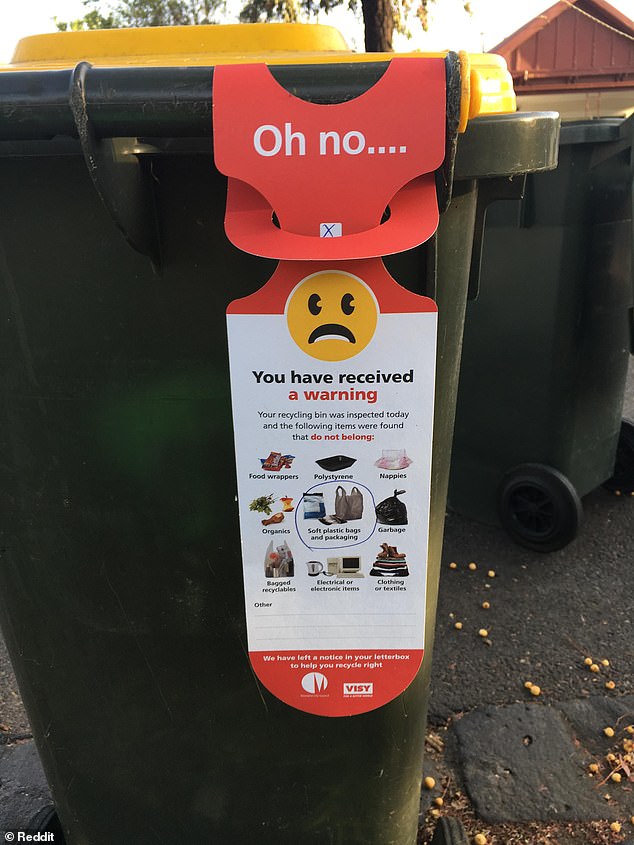 Bins that have contamination in them will receive a label that begins with ‘Oh no’ and then either a ‘warning’ or ‘rejected’ box ticked.

Those bins with the rejected box ticked will not be emptied.

The bin inspection program has prompted a heated debate online.

Some have agreed with the bin inspection program while others voiced their issues including that other people can deposit items in bins left on the street.

‘My neighbour filled my recycling with polystyrene packaging so the bin person refused to collect it,’ said one person.

‘I live next to a 24 hours McDonald’s and there’s pubs all around. If people aren’t throwing trash in my front yard they’ll definitely put it in the bin,’ another person said.

Others said they were in favour of the bin inspection program.

‘These tags are awesome. It’s hard to know how to recycle! It’s not at all instinctive to most people to distinguish between different kinds of plastic,’ one person said.

‘My neighbour just puts everything in either bin. She just thinks of it all as rubbish and has two different sized bins for it all,’ another agreed. 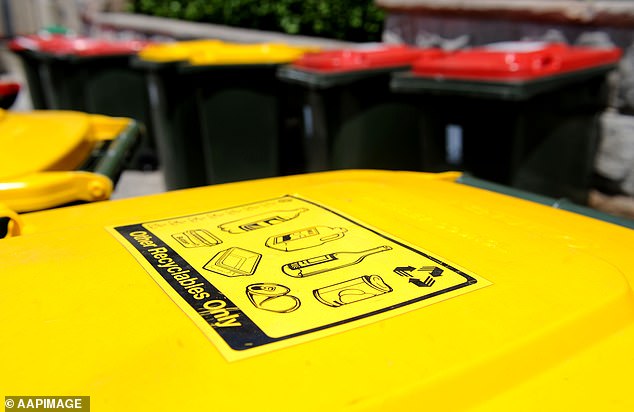 Pamplin Media Group – My View: Future of recycling about more...

Clever and easy water games to play in the heat –...