Environmental Protection Minister Gila Gamliel took an unusual step for a minister on Monday — she sat through a two-hour Knesset committee meeting.

The subject was how best to ensure higher recycling rates for large plastic bottles and one of the highlights was a video she showed of the type of machine that could grace Israeli supermarkets in the future.

The so-called reverse vending machine — in this case developed by a Norwegian company, Tomra — looks like an industrial laundromat.

One can toss more than 100 empty cans or plastic bottles into the opening at once, without having to feed them in one by one, and the machine calculates the number of items inserted and issues a voucher refunding the deposit paid when the drinks were bought. 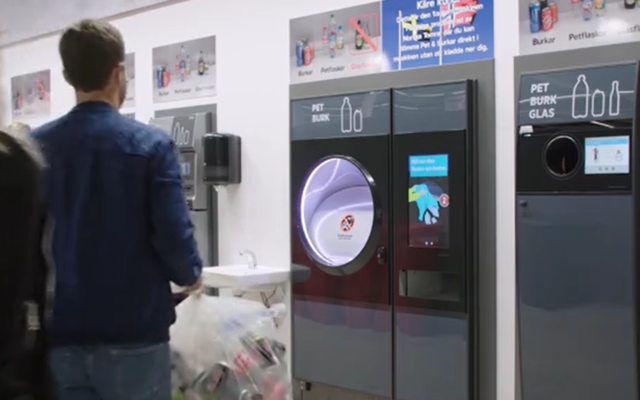 Putting used cans and bottles into an automated compression machine that delivers a voucher to return deposits paid in advance. (Screenshot Tomra Group)

Israel, like most countries in the world, is swimming in single-use plastic bottles, which litter public spaces such as parks, nature reserves, beaches, rivers and the sea.

Since 2001, when the government passed the Deposit Law on Beverage Containers, a refundable sum — currently NIS 30 agorot ($0.09) — has been added to the cost of all cans of drinks, and glass and plastic bottles containing 100 milliliters (3.4 fluid ounces) to 1.5 liters (1.6 quarts) of beverage, to encourage people to return them after use. 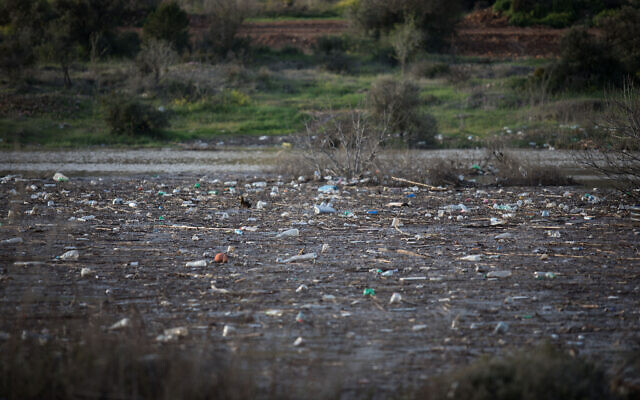 View of plastic bottles and other trash in the Beit Zayit water reservoir near Jerusalem on March 1, 2019. (Hadas Parush/Flash90)

But larger bottles have been exempt, largely due to pressure from ultra-Orthodox groups and manufacturers.

In December 2019, in response to a petition filed by the environmental organization Adam Teva V’Din, the High Court gave Gamliel’s immediate predecessor, Ze’ev Elkin, until June 2020 to explain why the deposit law should not apply to bottles larger than 1.5 liters.

The latest High Court deadline, after further postponements, is Wednesday, but Gamliel has asked for that to be put off too. 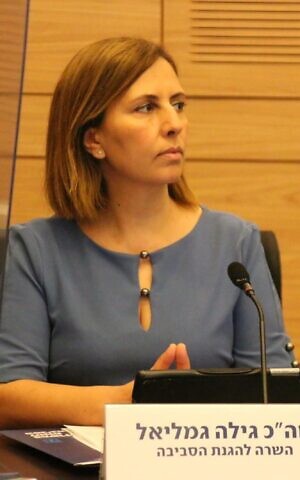 She told the Knesset Economics Committee that there were many options for dealing with the problem, that there were disagreements even within her ministry and between different local authorities on the best way forward, and that she needed another month to come to a decision that she hoped that all sides could live with.

Beverage manufacturers, along with two out of three of the collection companies set up by the industry, the Center for Local Government, and MKs representing both Arabs and ultra-Orthodox Jews — all argued against extending the deposit law to the bigger bottles, charging that the key to more recycling was to make bottle collection bins as accessible to the public as possible and to encourage citizens to recycle with the help of educational campaigns.

The manufacturers charged that the “unfair” cost to them of an expanded deposit law, which they estimated at NIS 300 million to 500 million ($87 million to $145.3 million), would be passed onto the consumer in the form of higher canned and bottled drink prices.

Instead, they pushed for a voluntary program to reach 73% collection of the larger bottles over five years (saying collection today stood at around 60%), at a total cost to them of NIS 150 million ($43.6 million). They insisted that the bigger bottles be included in the law covering the recycling of containers, which are collected in distinctive orange bins, pledging to invest an additional NIS 25 million ($7.3 million) in infrastructure to ensure that the orange bins were always emptied when full. 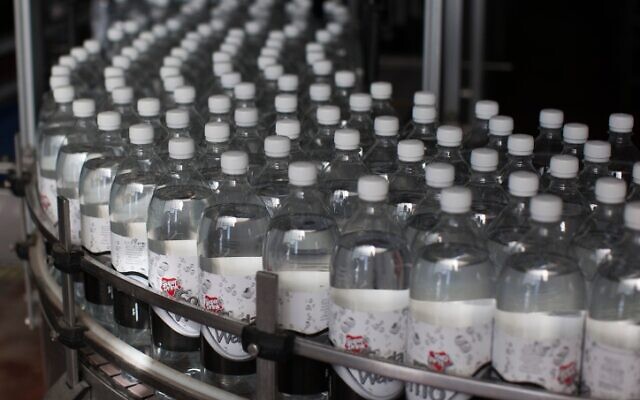 Superdrink bottles of 1.5 liters on a production line at the company’s factory in Atarot, near Jerusalem, on January 22, 2015.  (Yonatan Sindel/Flash90

Environmental groups, the forum of the 15 strongest local authorities, one of the three bottle and can collection companies (Asufta), head of the Knesset Internal Affairs and Environmental Protection Committee MK Miki Haimovich, and Meretz MK Tamar Zandberg argued in favor of broadening the deposit law.

Amiad Lapidot, in charge of the subject of waste disposal at Adam Teva V’Din, claimed that voluntary collection of big bottles had barely reached 35% in recent years. Broadening the deposit law would save the public, especially poorer families, NIS 90 million ($26 million) each year, he said.

Today, the public pays via channels such as city rates for bottle collections. The deposit law would shift the costs to the manufacturers in line with the principle that the polluter pays. It would make the companies responsible for disposing of what they create.

Estimating that 3,000 automated collection machines would be needed, Doron Lavee of the policy consulting firm Pareto, which the Environmental Protection Ministry commissioned for an economic analysis of a deposit law extension, said automated compression machines reduced the volume of each can or bottle 30 times, cut by five times the volume of bottles that big retailers are dealing with, by hand, and would slash their operational costs by half.

A Green Back to School Season

Waste Management Shares What to Recycle this Holiday Season

Ward 1 candidates – infrastructure and recycling are the issues

Recycling a messy business: Markets threaten worth of earth-friendly efforts |...