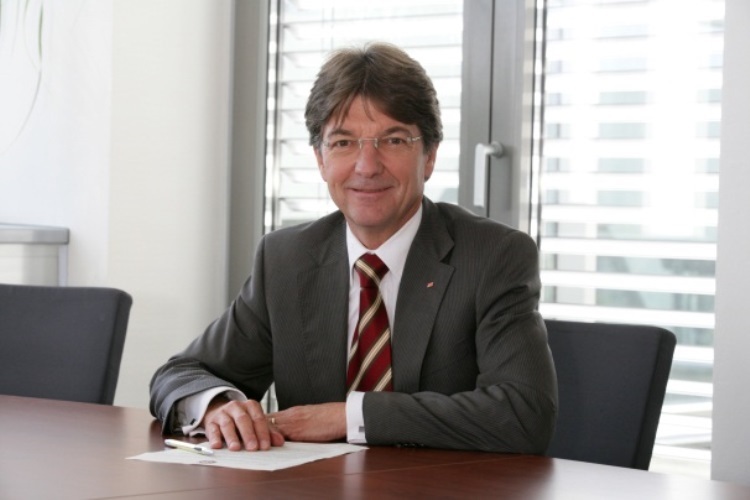 Dr Hodecek, the corona crisis broke out around five months ago. How hard did the pandemic hit end-of-life vehicle recycling companies?
The drop in the number of units processed differed from one country and region to the next, but we expect to see an overall contraction of 25 to 30 per cent for 2020. Worldwide, however, we forecast a decline in the car market of around 18 per cent for the full year.

Economists are now predicting a long-term economic upswing. How do you see the situation?
Yes, I quite agree. But that is unlikely to be true for all the products and services we need in daily life. Where are consumers most likely to save money in times of crisis? On holidays and on items used long-term in everyday life, such as cars. In other words, in 2020 and the following years, we are likely to see fewer end-of-life vehicles being scrapped because consumers will be inclined to postpone investing in a new vehicle. This fact is compounded by the current uncertainty regarding the future of electric mobility. Assuming electric mobility continues to gain in popularity and becomes established, how well are end-of-life vehicle recyclers prepared to process battery-powered cars?

Automobile recycling companies are currently preparing themselves to handle the growing number of battery-powered vehicles. In order to do so they need special training, particularly when it comes to dealing with high-voltage components and fire protection issues. The recycling facilities and temporary storage areas also need to be re-equipped to handle this type of vehicle, partly due to the increased fire hazard. However, a separate waste code for these types of vehicle is required in the European waste catalogue. Currently, the recycling rates contained in the ELV Directive depend on the weight of a vehicle. However, as the battery accounts for around 30 per cent of the total weight of these vehicles, different recovery (and collection) rates need to be defined for battery-powered vehicles than those generally used for conventionally powered models. A new and above all extended producer responsibility (e.g. product labelling, ecodesign, minimum recycled content, etc.) and/or the responsibility of vehicle importers for these battery-powered vehicles also needs to be considered and legally enshrined in the EU’s new ELV Directive.

One of the main criticisms regarding the current practice of disposing of end-of-life vehicles, however, has always been their illegal export. Has the corona crisis done anything to change this problem?
No, it hasn’t. Vehicles are still being exported illegally. Only the number of units has fallen in line with the drop in the number of vehicles designated for scrapping. The structures of these illegal activities have not changed in the wake of the corona crisis. The illegal trading and exporting of these vehicles therefore needs to continue in order to finance these criminal organisations.

How great is the damage to end-of-life vehicle recyclers as a result of illegal exports?
Within the EU, around six million end-of-life vehicles are dismantled, shredded and recycled in some 13,000 approved plants each year. Nevertheless, the whereabouts of a further 3.4 to 4.7 million end-of-life vehicles per year remains unexplained, which means the EU is losing out on at least four million tonnes of raw materials per year. These include steel, aluminium, plastics and also catalytic converters, which contain highly valuable metals such as rhodium or palladium. One single catalytic converter alone is worth 40 to 80 euros. A considerable number of these end-of-life vehicles is probably being either illegally recycled or exported as “used cars”. Added to this is the loss of material values as well as jobs and the inefficient capacity utilisation of systems and plants built to meet European standards.

What needs to happen to stem the tide of illegal exports in the long term?
The European Commission (EC) is currently working on an amendment to the European End-of-Life Vehicles Directive, which then needs to be implemented in national law by all EU member states. Due to the “unexplained whereabouts” of an immense number of end-of-life vehicles, the following three measures urgently need including in the amendment of the ELV Directive:

Post from Community: Make 2021 the year you resolve to recycle right and reduce waste

SERI and RIOS team up for new offerings

And Now For Some Good News About Recycling (#CleanTechnica Interview)

Council officials randomly investigate residents’ bins to see if they are...

How to make a cute pumpkin countdown calendar for Halloween –...

What awaits paper and plastics recyclers in 2020? • Recycling International