BARCELONA (ICIS)–Mechanical recycling has
benefits over chemical recycling, but both will
be required for a successful circular plastics
economy, according to the CEO of Austria’s
polyolefins and fertilizers major Borealis. 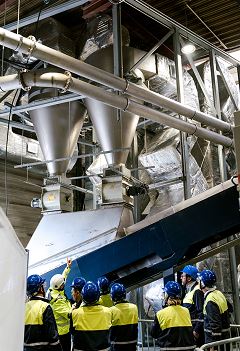 Speaking on the sidelines of the K-Fair in
Germany, Stern said that Borealis has chosen to
focus initially on mechanical recycling because
the technology is already available and has a
lot of development potential to further
increase quality and yields.

“Three levels of effort are required on
recycling: chemical recycling, mechanical
recycling and renewable feedstocks for the base
polymer so we are taking a suite of approaches
to the opportunity,” he said.

“We really need to push mechanical recycling as
far we can because it is the lower energy route
to recycling of plastics. At Borealis, we are
convinced a mixture of technologies will
ultimately be used. Mechanical recycling
requires less energy to turn plastic waste back
into plastic products.”

However, he added that there will limits to
this, and for the remainder chemical recycling
could be used to obtain higher recycling rates.

FEEDSTOCK CHALLENGE
There is a sharp regional variation in the
distribution and quality of collection and
sorting infrastructure and improving this
everywhere will be a key factor for the
chemical industry to scale up production of
recycled polymers.

Stern said Europe is well equipped with
infrastructure for waste collection and
management, but is missing sorting capacity to
give the right quality of feedstock.

“All of these will need to be scaled up in
synchronisation to create a successful circular
plastics economy. Recycling requires different
and a lot more cooperation with, for example,
the waste management people,” said Stern.

The chemicals industry in Europe should
cooperate with the waste collection and sorting
sector rather than developing its own
infrastructure, because it is already a
well-established industry, he added.

ASIA PROJECT
In other
regions such as southeast Asia this
infrastructure is absent or poorly developed,
giving chemical companies the chance to
intervene.

Borealis has set up a project in Indonesia
called Project Stop that has introduced waste
management to 30,000 households in one city,
Banyuwangi in East Java.

The project aims ultimately to be
self-financing and to be used as a model in
other cities. All waste is collected and sorted
with plastic which is reprocessed, representing
12% of the total.

Other companies or associations such Borouge,
Nova Chemicals, Nestle, Veolia and the Alliance
to End Plastic Waste (AEPW) have partnered on
the programme.

The scale of waste marine plastic is huge, so
the project plans to move to new cities working
with the Indonesian government to see how it
can be leveraged and grown.

“It’s important to do something on the ground
to show people what is possible,” said Stern.

SMALL SCALE, LESS
ENERGY
Compared with chemical
recycling, mechanical recycling can be done on
a smaller scale with simpler technology which
involves re-melting polymers at below 200
degrees Celsius.

“It’s a low energy process which is preferable
to chemical recycling where you have to break
down the polymer chains into smaller molecules
again,” he said. 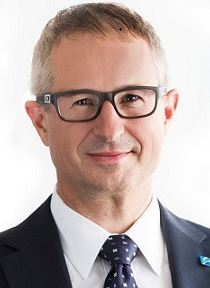 “The industry will be different and a more
heterogeneous picture. Chemical recycling is
less available today but they will be generally
bigger plants – we will learn a lot over the
next couple of years and the industry must be
willing to experiment.”


RECYCLING UPDATE
Earlier in
October, Borealis – which bought Ecoplast in
August 2018 – said it
has completed work on a 60% expansion to
Ecoplast’s polymer recycling facility in
Austria.

At the K Trade Fair in Dusseldorf, Germany,
Borealis announced it aims to produce renewable
PP through a partnership with Neste, which will
supply renewable propane, by the end of 2019.

Borealis will process this through propane
dehydrogenation (PDH) to produce feedstocks for
its facilities at Kallo and Beringen, Belgium.

Stern said Borealis would be the only company
able to offer segregated R-PP and mass balance
R-PP, where recycled feedstock is mixed with
virgin material.

Interview article by Will
Beacham

How to make a recycled Easter egg tealight flight – Recycled...

Items You Didn’t Know You Could Recylcle or Upcycle

Recycling: Where does it go?