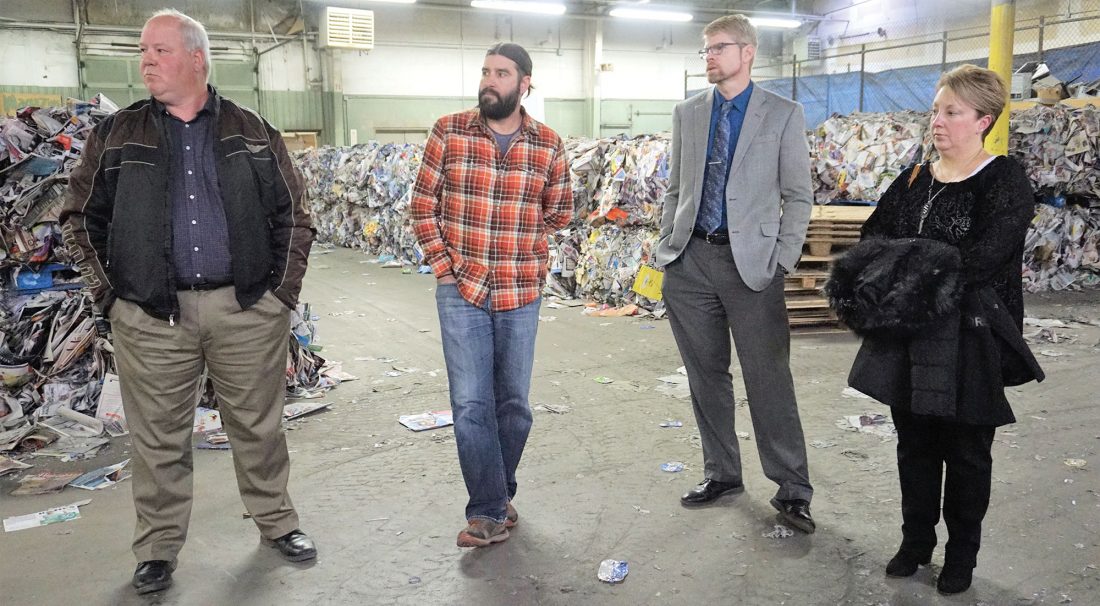 Is curbside recycling right for Minot?

That question is on the minds of Minot city council members, who see the environmental benefits and economics changing nationally in ways that give them pause.

The council will be discussing the future of a potential curbside recycling program at its regular meeting Monday at 5:30 p.m. in City Hall.

Mayor Shaun Sipma said the council needs to hear from the public.

“The biggest thing I would be looking for is not just folks that are in favor of it but those that may have concerns or reservations about it as well,” Sipma said. 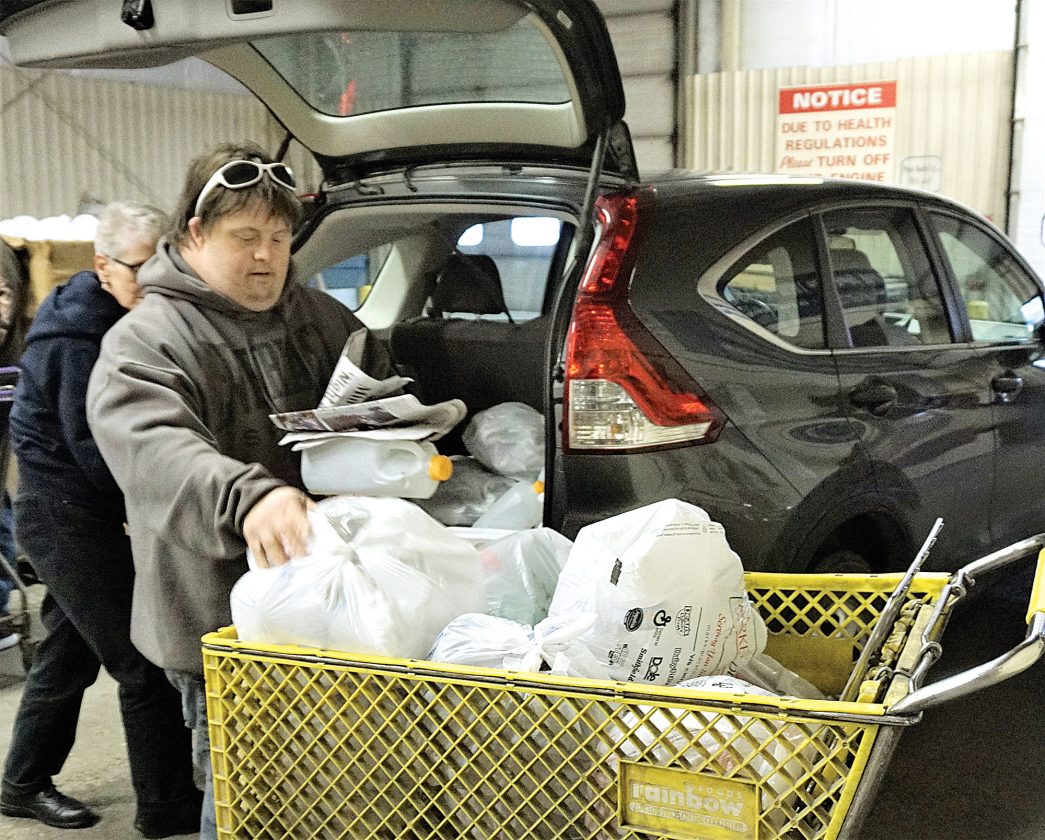 He said he wants to know if residents still favor recycling if the market doesn’t correct itself or move toward a more favorable price point. He wants to know if they support recycling if materials sent to a processing center, such as the one in Minneapolis, end up stored there for some time because of market conditions.

Council member Lisa Olson shares the same concerns and hopes people who are hesitant about recycling speak out as well as those who are passionate about it. She also is interested in getting an update from the Public Works Department on the potential cost to residents to recycle.

Residents are encouraged to weigh in on what they consider reasonable cost on their garbage bills and share their levels of interest in participating.

“If we don’t have a high participation rate, the program itself is going to cost more and be even more inefficient,” Sipma said.

A cost analysis presented to the council in February determined recurring costs of operating a recycling program would increase the bill of a sanitation customer an additional $1.96 a month. Costs could be higher if it is a voluntary program and not all residents participate. The analysis noted the city could increase tipping fees for haulers who use the landfill and use the income to partially offset an increase in sanitation fees to cover recycling.

The logistics and economics of recycling will weigh heavily with Council President Mark Jantzer in the decision-making process.

“I am interested in seeing the numbers,” he said. “I don’t believe we can ignore where we are geographically and what volumes are required to really make this proposed kind of system work.”

With China no longer taking the recyclable mix that it once did, many recycling programs in the country are scrambling. In Minot, it could force projected costs higher for recycling, Jantzer said. That means either garbage bills go up or the city finds another source of money to subsidize a program, he said.

“I think it’s good to recycle and I do it myself. I don’t think, as an alderman, no matter what the price is, that I should impose that on all of my fellow citizens,” Jantzer said.

Council member Shannon Straight voiced similar concerns about impact of the broader market on local costs, although he noted the costs of landfilling waste rather than recycling it also are high.

He said the city might want to consider whether spending that same amount on planting trees, updating to LED lights in city buildings, street lamps and homes or other energy-saving actions might not be a more effective way to improve the environment.

Another consideration is whether the recommendation should be to expand the existing recycling services. The February analysis looked at the potential for a joint recycling program with Kalix Recycling Center in Minot. It could be managed using curbside collection or using drop-off sites for recyclables, with collections hauled to Kalix. Either option has drawbacks, according to the city’s analysis.

At a meeting with Kalix staff Tuesday, council members in attendance learned the recycling center has capacity to handle more recyclables but recyclables would have to come separated and sorted.

Separated collection would require smaller bins of unbagged recyclables to be placed curbside, which would be a step backward from the automated collection system now used by the city, according to the February analysis.

The analysis found recycling options could cost between $842,000 and $1.5 million a year, depending on the process selected.

When it comes to processing recyclables locally, the analysis indicated Minot lacks the economies of scale. The cost analysis showed a processing center would need to handle about 20,000 tons of recyclables a year to reach a break-even point. That amount doesn’t appear realistic in Minot.

Contracting with a vendor for the entire process was the most expensive per-ton alternative ($450), based on assumed participation. Based on per-household rates for similar programs, the cost is estimated at $7.50 per household per month.

The option to collect and transfer items to a processing center, likely in the Minneapolis area, has been the recommended option, estimated to cost $211 a ton or about $842,260 a year. Curbside pickup is a separate cost, but if the city switches one of the twice weekly garbage pickups to recyclables, there would be no additional cost. The cost estimate is based on taking in 4,000 tons of recyclables a year from Minot and its existing landfill customers.

“The trouble I have right now is I see two scenarios and neither of them look good to me,” council member Josh Wol!sky said of shipping recyclable waste to a Minneapolis processor or doing nothing.

Nor does he favor an option to do nothing.

He hopes to hear other options from the public.

“There are good ideas out there. There are solutions out there,” Wolsky said. He added he looks for ideas that solve the problem in a way that’s uniquely right for Minot.

Straight said the slow pace has been frustrating for some residents, but he believes the city is right to go slowly on recycling.

However, Olson said the council needs to decide a course sooner rather than later.

“I think people want an answer on whether we are going to pursue it or not,” she said.

Monday’s meeting isn’t expected to bring a final decision. The more public input received, the better guidance the council will have in determining a course of action, said Sipma, who added a ballot option also is possible if necessary to establish a clear direction.

Minot City Manager Tom Barry has pointed out a recycling decision doesn’t just affect Minot residents but could have repercussions for area residents serviced by the Minot City Landfill if recycling is broadly implemented.

Kim Fundingsland/MDN
Water remained still earlier this week at this structure near Baker’s Bridge, meaning limited flow in the Souris River. The flow in recent days is due to rainfall and snowmelt runoff.

Andrea Johnson/MDN
Morgan Leshovsky, 10, Ellory Schmidt, 5, and Greyson Mahany, 8, (above) show off their inventions made at the Magic City Discovery Center’s Invention Camp on Friday. Kids ages 5 to 10 learned about different inventors and then created their own inventions, said education and outreach director Liz Weeks. Morgan and Grayson both came up with inventions that would help in cleaning a house, while Ellory invented a night light. The camp was held at Erik Ramstad Middle School.

Eloise Ogden/MDN
A milling machine is shown milling asphalt on the west side of Minot. A construction project on the U.S. Highway 83 Northwest Bypass is under way this season to construct additional southbound lanes from Fourth Avenue NW to Highway 83, north of Minot. “The project is moving along and is expected to be complete next month,” said Jamie Olson, a spokeswoman for the North Dakota Department of Transportation in Bismarck. When the project is fully completed, there will be four lanes of travel from U.S. 52 and 2 to Highway 83 on the west side of Minot.

Submitted Photo
A visitor to Roosevelt Park Zoo in Minot on Friday takes part in a coloring activity held during the zoo’s observance of World Okapi Day. The zoo is home to an Okapi named Akili. On Friday, keepers at the zoo also held a bake sale to raise money for the conservation fund, said Jennifer Kleen, Minot Zoo Crew executive director.

Central Michigan Life – How do you recycle? Isabella County recycling...

Waste Management Brisbane: What You Need To Know In 2019!

Things that consumers should know before recycling their electronics