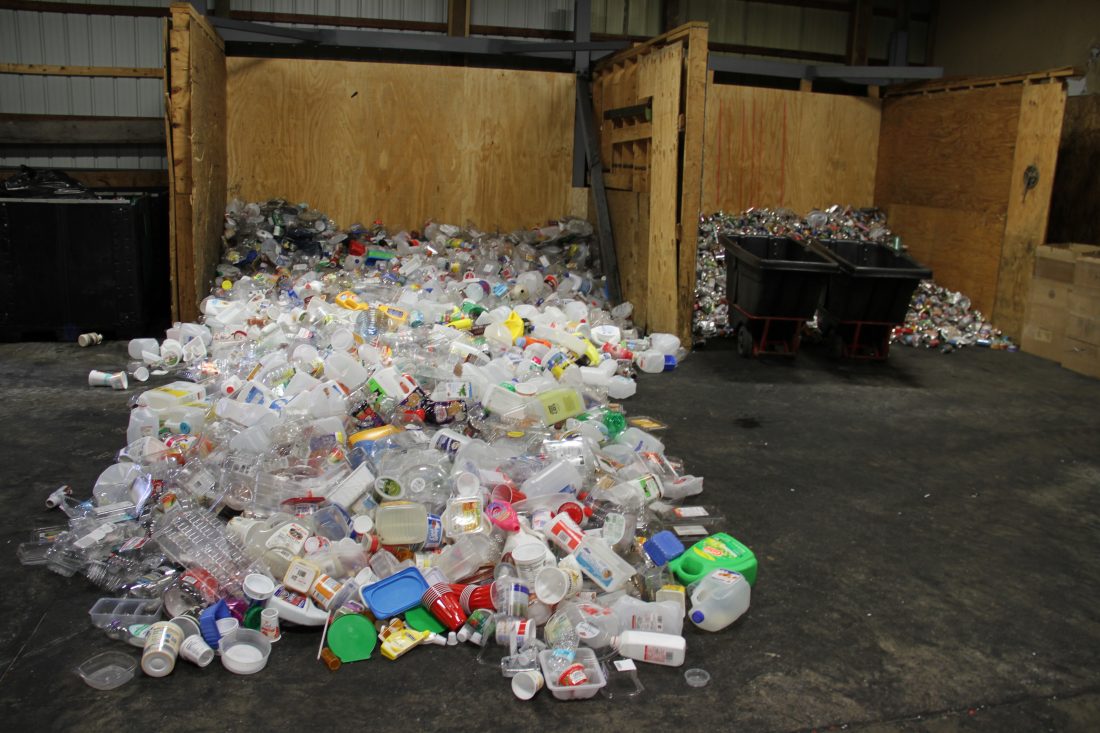 Plastic recyclables are seen behind the scenes at the North Elba Transfer Station in Lake Placid.
(Provided photo — Andy Flynn)

LAKE PLACID — The town of North Elba is exploring ways to recycle glass at the transfer station.

Transfer Station Supervisor Shannon Porter outlined a proposal to purchase a $52,000 piece of equipment that would process glass. Around 50% of that purchase price, she said, may be reimbursable by the state Department of Environmental Conservation.

“We could have the capacity to not just help us, but other communities and the county,” Porter said at a North Elba Town Council workshop Tuesday.

The North Elba Recycling Center and Transfer Station stopped accepting non-redeemable glass items on March 1. Town Councilor Richard “Dick” Cummings has said there’s “no market” for glass. People who dispose of their refuse at the transfer station are being asked to pay to discard non-redeemable glass in the garbage.

This new machine would have the capacity to process 100 tons of glass per hour, according to Porter. The sand wouldn’t have to be placed in covered storage, so it could be placed in the town’s existing sand pile.

Councilwoman Emily Politi asked if the transfer station would need additional staff if the machine is purchased. Porter said “for the most part” they could handle taking on the additional responsibility with the existing staffing levels.

Porter also looked into other options for glass processing machinery. Another option she presented was for a pulverizer that would cost between $10,000 to $16,000. But that machine wouldn’t have the ability to produce both sand and cullet.

The town council is expected to discuss Porter’s proposal at its next meeting at 7 p.m. today.

The Jay Town Board is seeking formal public input on a proposed noise ordinance. It’s already gotten plenty of …

Here’s why your PD needs to think about metals recycling

Why you should never crush cans before putting them in the...

Recycling isn’t the only R in waste reduction, say advocates

How to reduce waste without contaminating the bin