The machines, which can collect up to 1,000 bottles, are intended to give residents a financial incentive to recycle single-use plastic bottles. They can process bottles ranging from 230ml to 1.8 litres in size, and depositors will be rewarded with cash coupons of up to HK$50 for designated shops.

The company, one of the city’s largest drinks manufacturers, has said the plan is not just business-driven, but socially responsible too.

Our existing citywide roadside recycling bin programme has faced some criticism for being highly ineffective, in part because the bins often fill up with non-recyclables. And it would appear the programme has been unsuccessful, for lack of interest on the part of residents.

Convenience is one of the top ways to get people to recycle. But most people still need either penalties or incentives to really push them to put in the extra effort for the environment.

Rewards are still the preferred choice, because penalties can be difficult to enforce. With attractive cash rebates, the public know that besides helping the environment they could earn or save money by recycling. 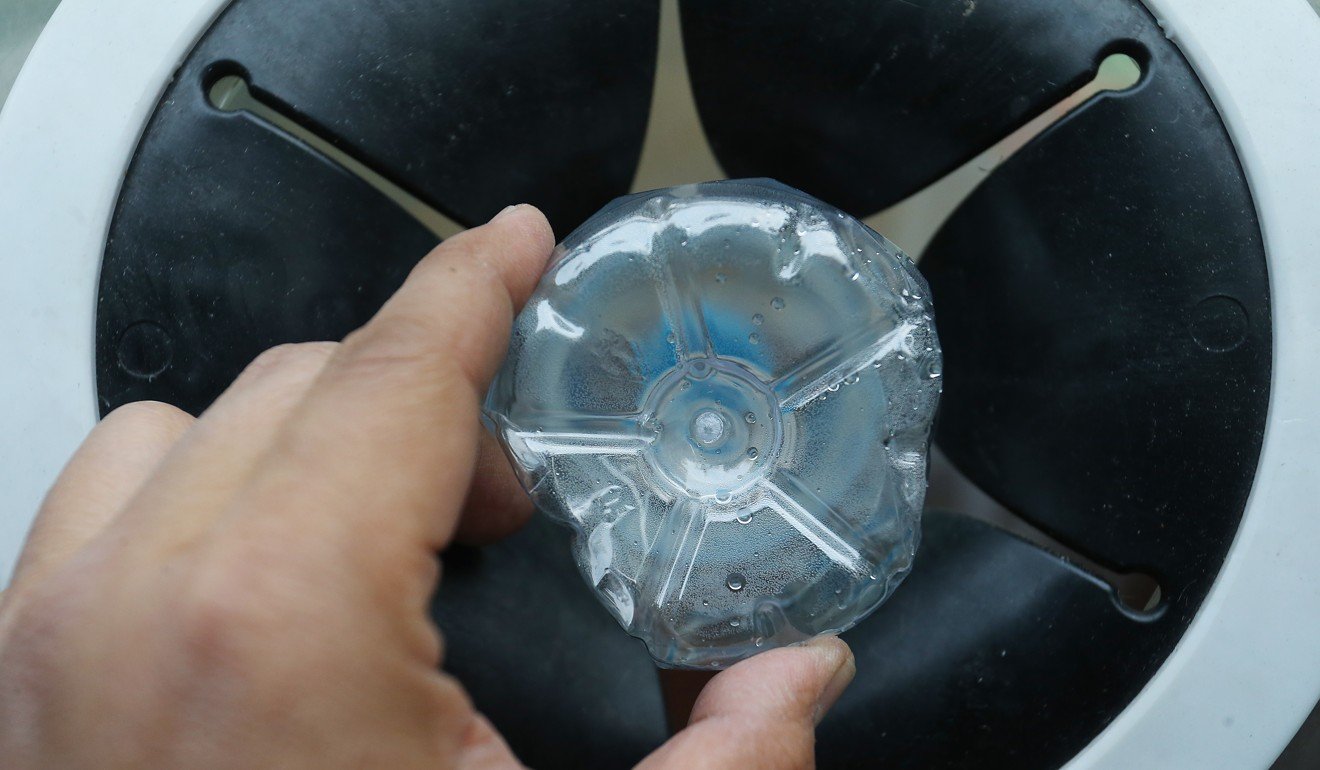 Hong Kong has one of the lowest recycling rates of plastic bottles in the world, at below 10 per cent, compared with the average of 73 per cent in cities that have established deposit refund schemes to promote recycling, according to Green Earth, a local environmental group. South Korea, which enforces mandatory recycling, has an impressive 95 per cent plastic bottle recycling rate.

In 2016, Hong Kong’s daily municipal solid waste amounted to 10,345 tonnes, up 1.8 per cent from 2015, according to the Environmental Protection Department. And plastics were the third-largest category of waste, after food and paper waste, with a daily disposal volume of 2,132 tonnes, or 20.6 per cent of the total amount of waste.

On a global scale, 8 million tonnes of plastic waste enter the ocean every year. 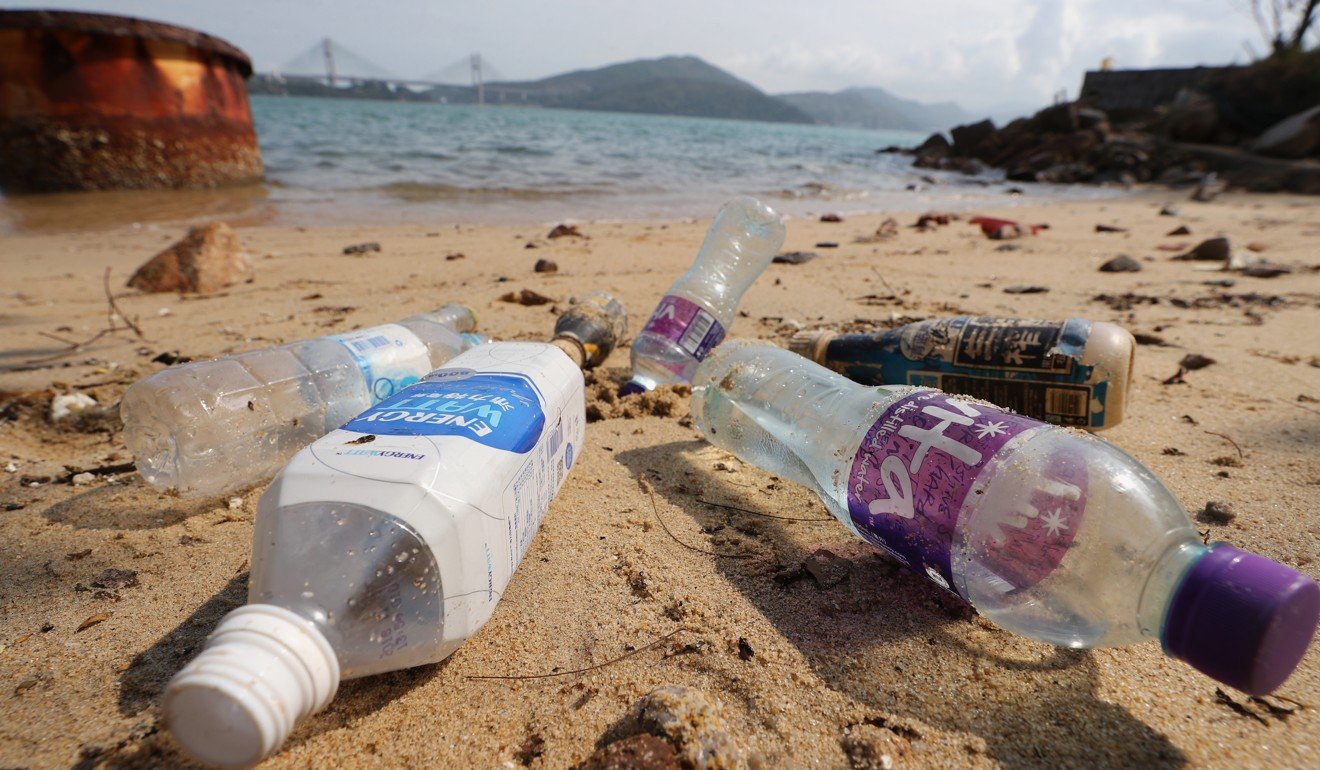 Fining people and forcing them to conform is unlikely to work in Hong Kong, because it would probably lead to more fly-tipping to avoid penalties.

After all, it is a much better idea to reward people for doing good than to punish them for doing bad.

Our general attitude to waste and recycling is a huge embarrassment. We should not be asking to be paid for recycling or generally keeping the streets and our city clean

The public should – nay, must – take on recycling as a civic responsibility and take greater leaps to reduce their impact on the environment.

Veteran broadcaster and devoted environmentalist Sir David Attenborough put it aptly: “The one thing we all have to do … is simply not to waste. Don’t waste plastic, don’t waste food, don’t waste power. Live within our means without inflicting damage on the planet. That is a possibility.”

Our general attitude to waste and recycling is a huge embarrassment. We should not be asking to be paid for recycling or generally keeping the streets and our city clean.

I am suspicious of anything cash-driven; we should be genuinely motivated to embrace the idea of recycling. In the long-term, I hope neither carrot nor stick is necessary.

But many brands have taken serious measures to reduce their waste output by using more recyclable materials in their products.

For example, Lush is one of the many major companies leading the way in introducing environmentally conscious products. Their shampoo bars have proved particularly popular, as they are sold in reusable tins rather than plastic bottles. Each bar, depending on usage and the user’s hair, can last for 80-100 washes.

Their other products, such as their bath bombs, also now come with “naked” packaging. As a result, the British brand reported saving 1.8 million plastic bath bottles in Britain last year. 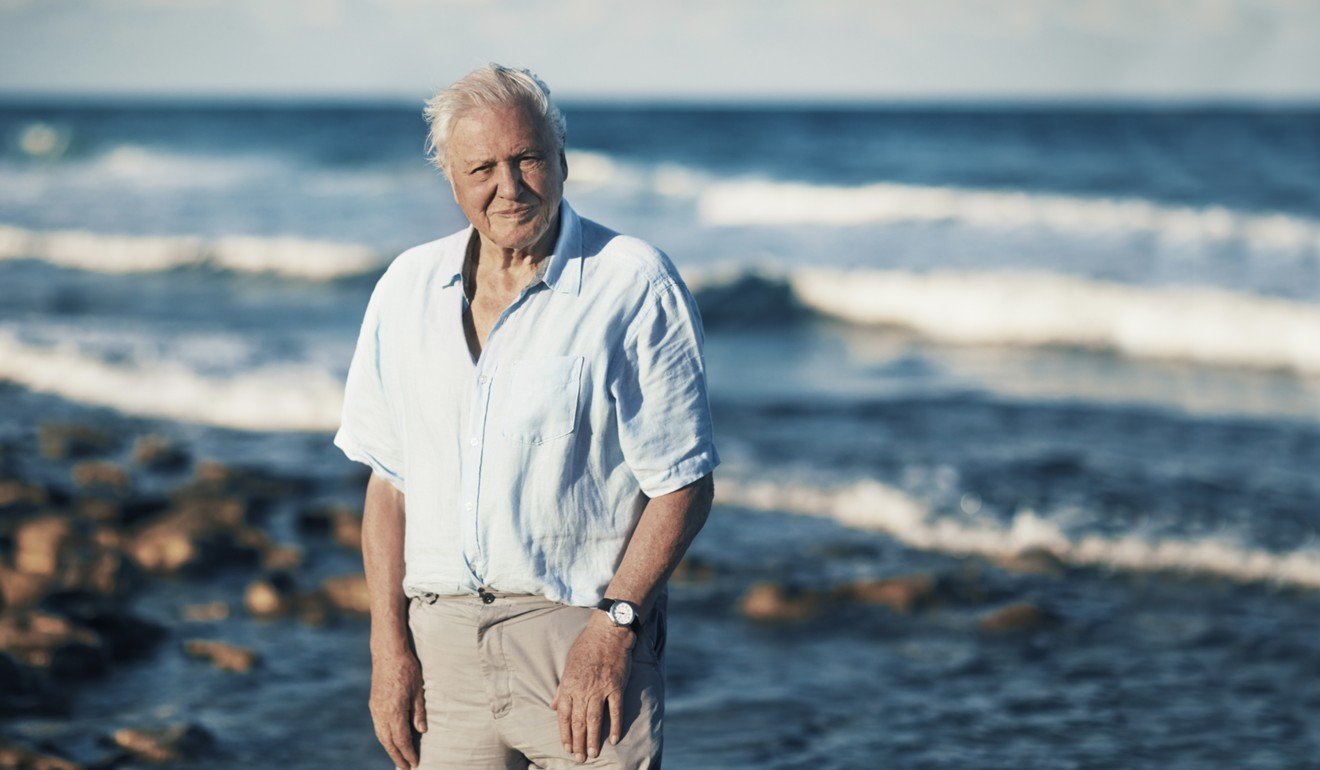 In the fight to reduce single-use plastics, Revolv, a Singapore-based service, rents food and drink containers to customers. When people use Revolv to order a takeaway meal, they pay a deposit for the containers, and this is returned once a customer returns the containers to a designated location. The containers are then cleaned and reused; Revolv customers are given discounts and other financial incentives.

According to the company’s website, it will start up in Hong Kong universities and offices this year.

The above examples seem to be driven by monetary incentives or convenience. But perhaps this really is the way to persuade people into greener practices. Cynical it may be but, if this is the way we can make our world a little better for future generations, then this is certainly a case in which the end will justify the means.

Luisa Tam is a senior editor at the Post

Global electronic waste up 21% in five years, and recycling isn’t keeping up

How Vermont is handling recycling challenges

How To: Deactivate Find My iPhone or iPad Security Feature for...

Middletown can recycle it, and takes plastic bags too

Birmingham to suspend most curbside recycling after April 8 pickup

Water use, container recycling jump due to coronavirus isolation