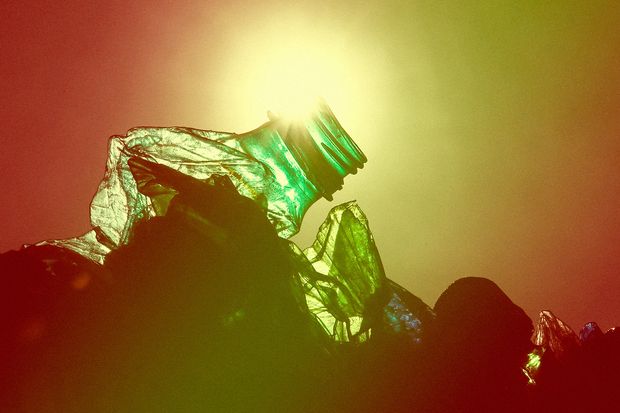 
Pressured by consumers and racing against the clock to fulfill their own pledges to use less plastic, plastics makers are exploring ways to make their products more recyclable.

At the moment, plastics are not renewable in the same way that paper and aluminum are. When melted down in an initial stage to become something else, post-consumer plastics turn battleship gray in color, smell like rancid milk, and lose nearly all original value. Considering the process, it’s not surprising that the average amount of recycled content in plastic packaging is just 2%; the rest is “virgin” plastic, newly made by processing oil and gas products.

That ratio’s too skewed to the wrong side if companies are to fulfill commitments that average out to 25% of recycled content, according to Rob Opsomer, the systemic initiatives lead at the Ellen MacArthur Foundation.

In an attempt to close that gap, plastics firms have invested in material design improvements to make packaging more recyclable after it’s been used, but new material takes time to introduce to the market and often comes with extra initial costs and must be scaled up and deployed at scale if they are to be effective.

Procter & Gamble (ticker: PG) is one such consumer-packaged-goods company exploring this territory, and its technology is nearing breakthrough. Privately held PureCycle Technologies, which licenses P&G’s technology, is opening the first plant to restore used polypropylene (PP) plastic to its ‘virgin-like’ quality through a multistep process.

It falls into the bucket of solvent recycling, one of a number of recycling techniques that ranges from mechanical recycling—sorting plastics from other types of waste—to energy recovering—burning plastics and retaining the associated heat and steam energy.

John Layman, part of P&G’s research & development team and inventor of the technology, explains his brand of solvent recycling. “We buy scrap plastic, use a solvent to extract the impurities, and come out with clean and clear plastic that’s sold to buyers that can use it like virgin material.”

Though Layman said the cost of the new product is competitive with virgin plastic, he declined to disclose the price tag. PureCycle has already sold 100 million pounds of the recycled plastic, but that is still less than a 10th of 1% of the global annual demand for 120 billion pounds of PP plastic.

More recently, a team of researchers at the Department of Energy’s Lawrence Berkeley National Laboratory created a new plastic material. PDK, as the substance is known, can be broken down to the molecular level and scaled with raw materials similar to those needed for existent plastics. The same lab has also partnered with Dow (DOW) to research the role of magnesium chloride in plastics production.

Brett Helms, the staff scientist who led PDK research, says, “We see as necessary for all plastics recycling upgrades to the country’s recycling infrastructure such that these resources are effectively recovered and reintegrated into the supply chain.”

Such new materials require time and financing to be introduced to the market. Mckinsey & Co.’s estimates suggest that it could take as much as $15 billion to $20 billion a year for the next 10 years to achieve a 50% recovery rate—that is, half of the plastics used world-wide being reused or recycled. The rate stands at about 10% now.

“Because of all of these challenges, we cannot put all of our money on better recycling,” says Opsomer. “We need to think about where we can innovate toward reuse models where it makes sense. But at the same time, we cannot just throw recycling over board all together because it does remain a critically important part of the system.”

An earlier version of this story misstated John Layman’s position and incorrectly characterized P&G as a retailer.

Write to Sophia Cai at Sophia.Cai@dowjones.com

What households across Nuneaton and Bedworth can now recycle

How a tech giant approaches diversity in workforce