Distrust between the Bridgeport community and the city’s police department has re-emerged following last week’s release of an Internal Affairs report citing 17 officers for misconduct related to a 2017 incident. Mayor Joe Ganim said the officers face discipline, including suspension or even termination. But community members say incidents of Bridgeport police misconduct are happening too often.

In other news, West Haven’s Jay W. Barrett, who is in the end stages of cystic fibrosis, is an avid supporter of President Donald Trump and received campaign memorabilia this weekend after receiving a call from the president last week.

Here are some of the top stories from this weekend: 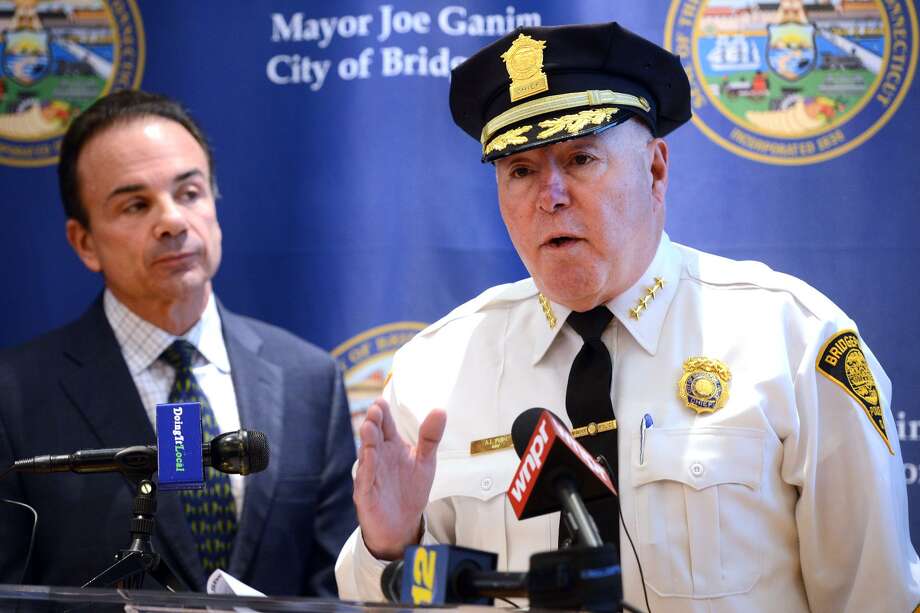 Jeannia Fu — who is involved with the Justice for Jayson group that formed after the fatal 2017 Bridgeport police shooting of 15-year-old Jayson Negron — said the findings of an Internal Affairs report indicating officer misconduct were troubling. Other Bridgeport community members are feeling the same way after the 405-page report cited 17 city police officers for misconduct in their handling of a 2017 Halloween party. 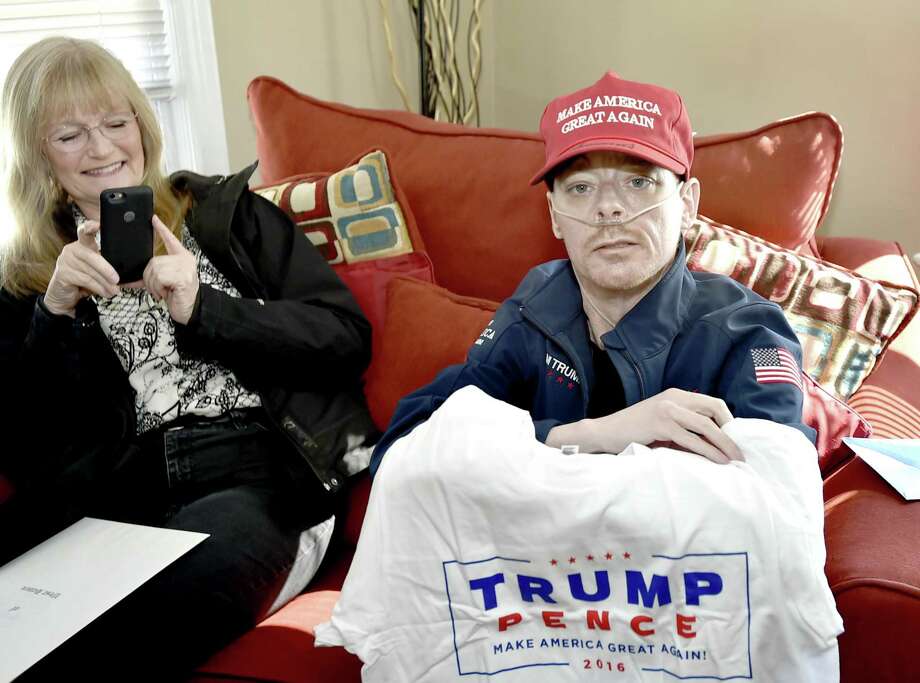 West Haven, Connecticut – Saturday, March 9, 2019: Jay W. Barrett, 44, of West Haven, terminally ill with cystic fibrosis who is a President Donald Trump fan and received a phone call from the President Tuesday right,, with visiting West Haven Mayor Nancy R. Rossi, left, shows of an autographed Make America Great Again hat, an official Donald Trump Presidential campaign jacket and a t-shirt that was among the many gifts he received from the President and his son Eric Trump Saturday afternoon delivered to his home by HUD official and personal Trump family friend Lynne Patton, who is from the New Haven area.

A dying West Haven man who made international headlines last week when he received a “bucket list” telephone call of encouragement from President Donald Trump was given a few mementos this weekend. A friend of the Trump family delivered a red Make America Great Again cap, autographed by the president, and a “Build the Wall” toy building block set. 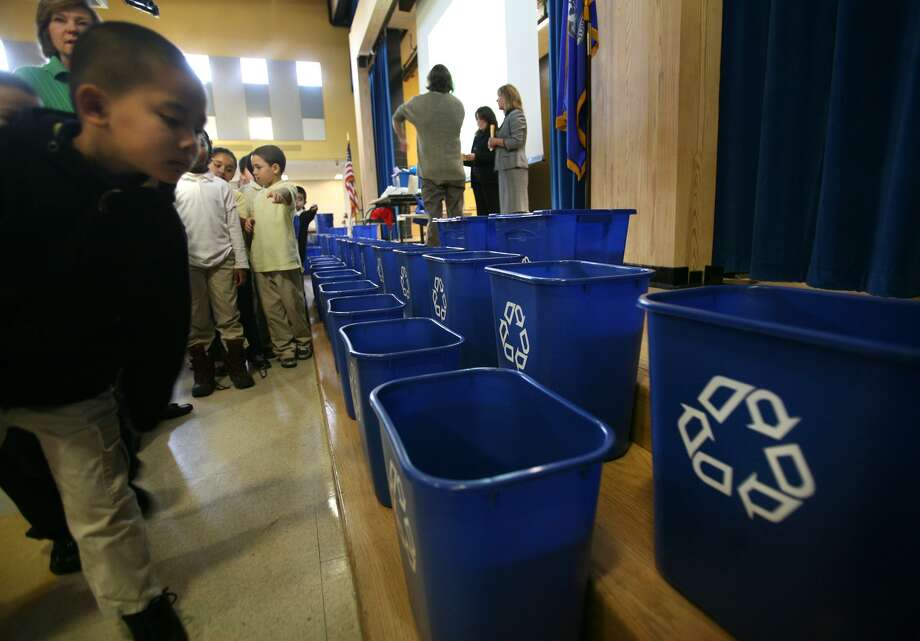 In a 2011 file photo, students checked out the bright blue recycling bins distributed to Bridgeport classrooms.

In a 2011 file photo, students checked out the bright blue…

The collapse of the market for recyclable material may soon cause major changes — and a bigger commitment — in the way Connecticut residents separate their waste for curbside collection. With one of the worst redemption rates in the United States for cans and glass, state lawmakers this year are poised to finally double the nickel-deposit law to 10 cents per item, and for the first time in the 39-year-old program, include non-carbonated beverages such as wine, distilled spirits, sports drinks and iced teas. 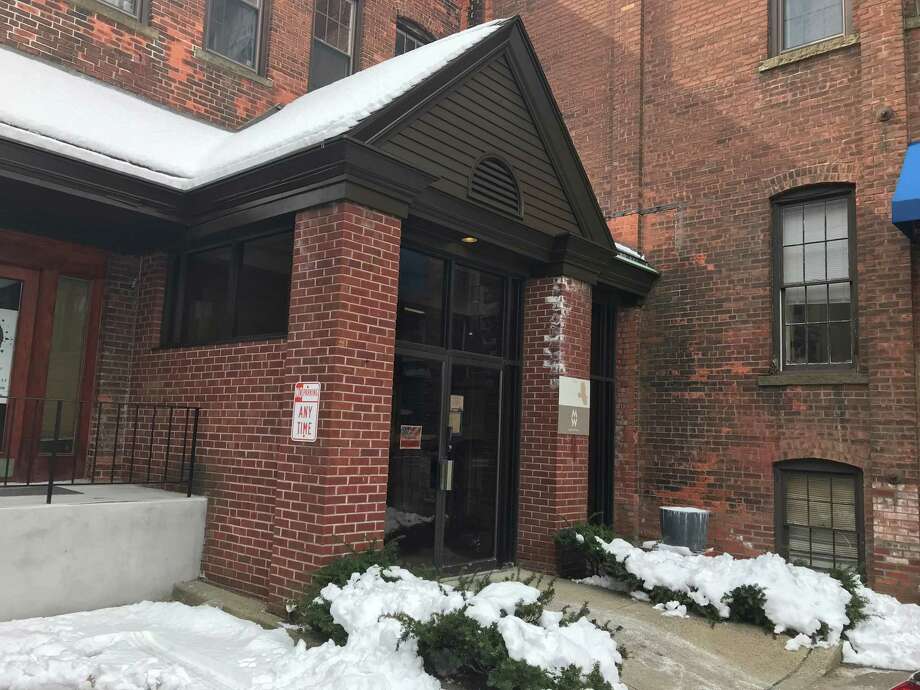 50CAN and Northeast Charter School Network’s headquarters on Willow Street in New Haven.

50CAN and Northeast Charter School Network’s headquarters on Willow…

The Sackler family, owners of Stamford’s Purdue Pharma, has donated millions to political and philanthropic causes in Connecticut. However, a lawsuit alleges the family’s money has come from a “web of illegal deceit” related to its OxyContin sales. Jonathan Sackler, one of the defendants in the lawsuit, donated millions to local charter schools and charter advocacy groups. 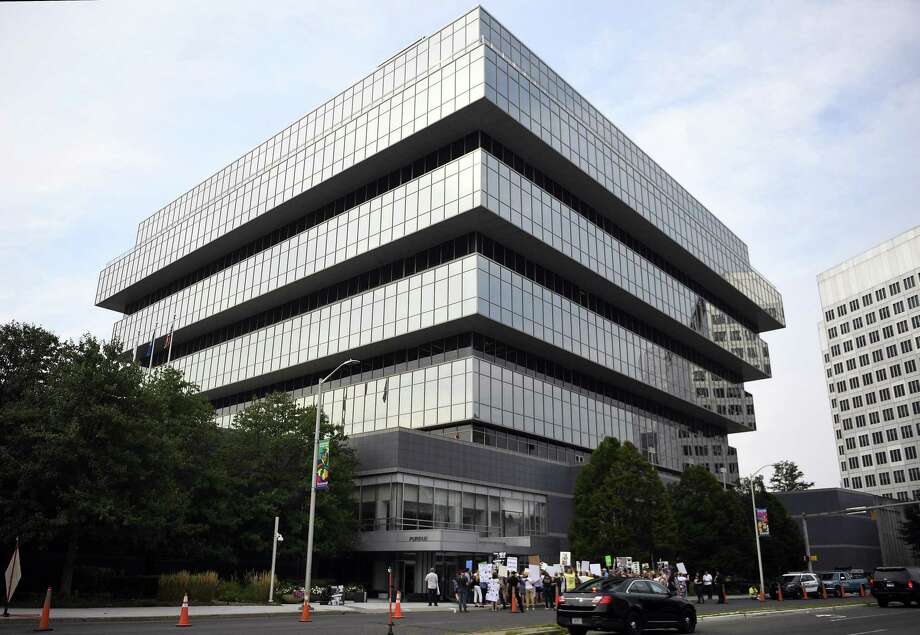 FILE – In this Aug. 17, 2018 file photo, Family and friends who have lost loved ones to OxyContin and opioid overdoses protest outside Purdue Pharma headquarters in Stamford on Aug. 17.

The litigation continues to grow against Purdue Pharma — and so do the questions about its future. As the Stamford-based company grapples with more than 1,000 lawsuits that accuse it of stoking the opioid crisis with deceptive marketing of its pain drugs, recent reports indicate Purdue could be exploring a bankruptcy filing to help contain its potentially massive liability.

Many incidents of abuse reported at Boys & Girls Clubs across country 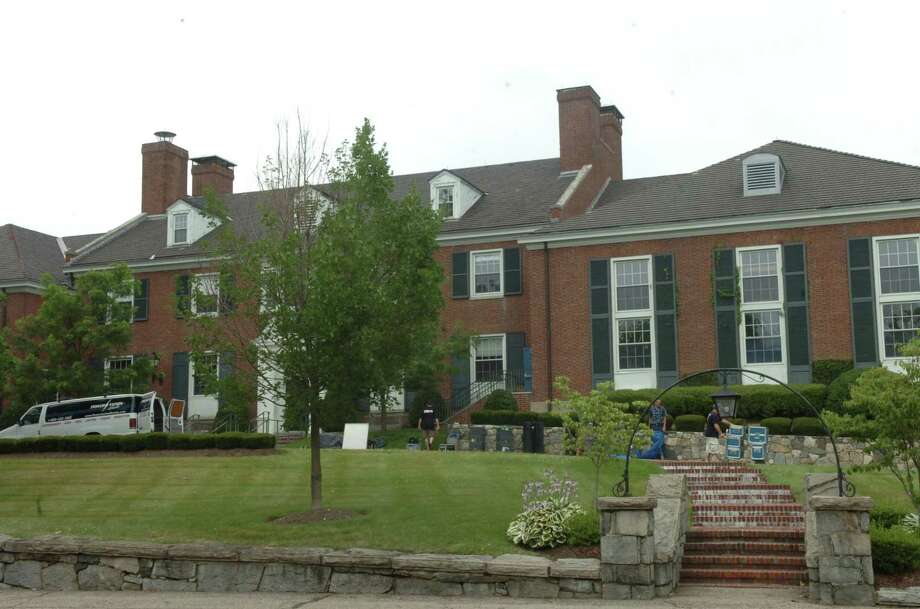 The Boys & Girls Club of Greenwich on Horseneck, on Thursday,…

The alleged sexual abuse that five men say went unchecked for years at the Greenwich Boys’ Club would not be an isolated case. A survey of court documents and media reports revealed more than 40 cases involving similar claims of child sexual abuse at chapters of the Boys & Girls Clubs of America across the nation in recent years. 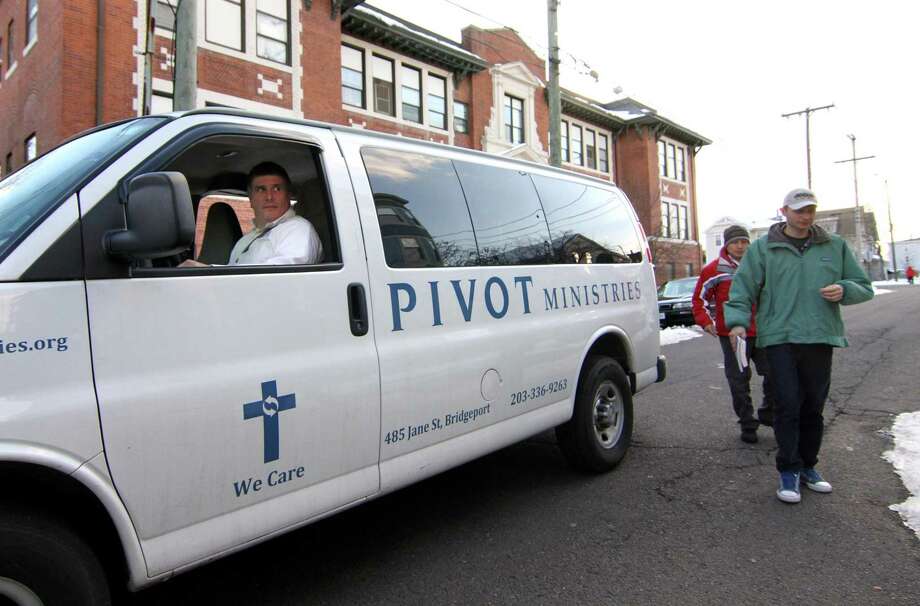 Troy Magnuson, a case manager at Pivot Ministries, drops off members from New Vision International Ministries at the ministry building on Jane Street in Bridgeport, Conn., on Thursday Mar. 7, 2019. Magnuson picked up several members to receive counseling. Over 40 men live and work at Pivot Ministries, which counsels and treats them for drug and alcohol addiction.

Troy Magnuson, a case manager at Pivot Ministries, drops off…

After launching in 2015 at state Superior Court in Bridgeport, the Treatment Pathways Program has been expanded to courts in New London, Waterbury and Torrington. The program helps low-level offenders struggling with addiction to achieve sobriety. But the future of the program is uncertain as funding could run out next year.

City hoping to change recycling code to crack down on illegal...

Asbestos Disposal Skips: Why Asbestos Removal Bins May Get Cheaper?

Resource Recovery Centre ♻️: How Materials Are Recycled From Waste

Dumpster Rental For Your Summer Projects