Westland voters appear to have overwhelmingly supported a tax request by the city that will, among other things, bring back the city’s recycling program.

With 97.44 percent of precincts reporting at 11:30 p.m., the millage request garnered 11,549 yes votes and 6,652 no votes. All election results are unofficial until certified by the county Board of Canvassers.

Approval authorizes the city to to levy up to one mill, or $1 per every $1,000 of taxable value, for the next 10 years. It’s expected to raise about $1.75 million in its first year.

Along with funding the city’s sanitation budget and the costs that come with it, the money will also enable Westland to buy new garbage trucks as needed and bring back the recycling program it dropped in March 2019. 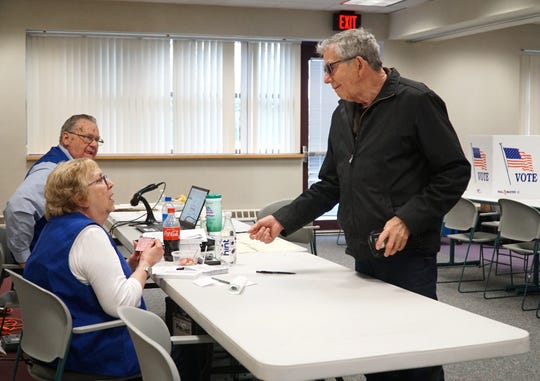 Westland voter Charles Southard checks in with election official Nancy MacDonald-Hale on March 10, 2020 to cast his ballot at Precinct 8 in the Michigan primary. By 11 am there were 53 voters at that precinct. (Photo: JOHN HEIDER | hometownlife.com)

“In an age where everybody is talking about climate control and everything else, why wouldn’t you get it started again?” resident Sandra Doyle said.

Other residents said they hope to bring some ease back to the act of recycling.

“I still drive my stuff to the recycling center in Westland because they don’t have curbside pickup,” resident Kelly Walder said. “I was all for that.”

But as one resident said, it’s important to have voices heard no matter how things turn out.

“I vote for everything because it’s our right,” Charles Kuder said. “You don’t vote, you get no complaints.”

Electronic Recycling Could Be The Key To Economic Recovery.

Nobody injured in fire at electronics recycling facility in rural Onalaska...