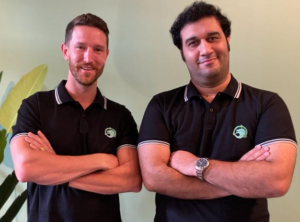 SINGAPORE – Lithium-ion batteries (LIBs) are now the world’s preferred source of portable energy, but the sad reality is, with a functional lifespan of only one to three years, up to 95 percent of these batteries end up as e-waste in landfills.

In fact, Singapore generates about 60,000 tonnes of e-waste a year, the equivalent of 220 Airbus A380 planes, while simultaneously, our only landfill at Pulau Semakau is expected to run out of space by 2035.
In an attempt to curb this worrying trend, the Ministry of Environment and Water Resources and National Environment Agency have introduced an extended producer responsibility (EPR) framework for e-waste, which takes effect in just six months.

However, the EPR deadlines mean local electronic producers are now scrambling to take on responsibility for the collection and proper treatment of e-waste, but current LIB recycling options are not economically viable, resulting in a dismal five percent recycling rate.

With their combined expertise in chemical and environmental engineering, the pair has developed an advanced LIB rejuvenation technology – a patented multi-cathode processor GLMC-1 that recycles spent lithium-ion batteries directly into 99.9 percent pure cathodes, speeding up current recycling processes by more than 10 times and lowering costs by more than four times.

Professor Seeram Ramakrishna, chair of the Circular Economy Task Force at the National University of Singapore also serves on Green Li-ion’s advisory board.

With extensive institutional and industry support, Green Li-ion’s first GLMC-1 will be ready to begin operations in October 2020 and the second GLMC-1 will be operational in January 2021.

Green Li-ion is currently in talks with all six of Singapore’s main e-waste recycling companies and major global e-recycling players in Dubai and China to supply GLMC-1 to their facilities. All these e-recyclers have confirmed the novelty and transformative potential of Green Li-ion’s technology, which is protected by four patents.

Surprised that your recycling doesn’t often get recycled?

Save the date: Shredding and electronics recycling event set for Oct. 3 at Windermere Alderwood

LSSWMD fed up with illegal dumping at recycling locations