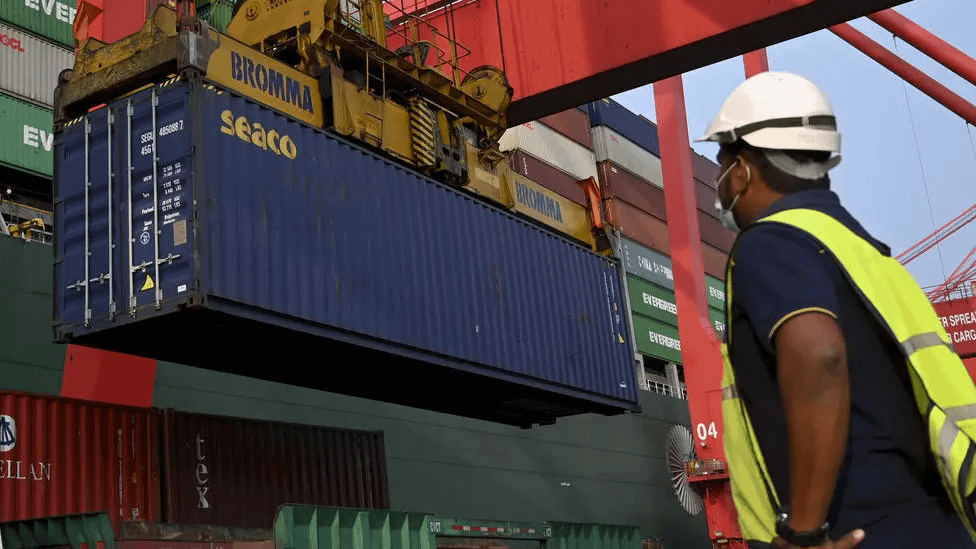 Sri Lanka has started shipping 242 containers of hazardous back to Britain as more Asian countries fight against being used as the world’s trash dump ISHARA S. KODIKARA AFP

Sri Lanka has started shipping 242 containers of hazardous waste, including body parts from mortuaries, back to Britain after a two year court battle by an environment watchdog, officials said Saturday.

The first 20 containers of medical waste, which included body parts from mortuaries, were loaded on the MV Texas Triumph on Friday and another 65 will be sent within a week, customs spokesman Sunil Jayaratne said.

In September, 260 tonnes of separate waste in another 21 containers was sent back after Britain agreed to take it back.

Local authorities discovered the new waste after the legal action was started against the 242 containers held in Colombo port and a free trade area near the capital.

Sri Lanka’s customs maintained that all the containers had been brought into the country in violation of international law governing the shipment of hazardous waste, including plastics.

A Sri Lankan investigation last year into nearly 3,000 tonnes of illegally imported hazardous waste found the importer had reshipped about 180 tonnes to India and Dubai in 2017 and 2018.

Besides Sri Lanka, the Philippines, Indonesia and Malaysia have also returned hundreds of container-loads of refuse back to their countries of origin.

More washi tape ideas than can fit in one book! –...

‘Buy Nothing Project’ Aims To Reduce, Reuse And Recycle While Bringing...

Paint clothes pins to look like pencils and then play word...

Watch your waste for the holidays; here is how to recycle...

Residents told to properly dispose of masks, gloves in trash not...