These grandmas transform plastic bags into purses and sleeping mats and it’s as magical as it sounds.

Plastic bottles by the side of a road are a common sight, an unseemly reminder of how often consumer products are discarded carelessly.

Now some of those bottles may become part of the road.

A California company has devised a process that integrates recycled plastic into road repaving, an innovation that could revolutionize the industry while yielding environmental benefits.

Sean Weaver, president of TechniSoil Industrial in the northern California city of Redding, says the polymer-infused roads churned out by the company’s pavement process are sturdier, flatter, safer and more durable than those made with regular asphalt.

More appealing to environmentalists, they incorporate 100% of the old asphalt — sparing the air from dozens of trips by trucks hauling away and bringing in building material — and provide a new market for plastic products that could otherwise wind up in a landfill.

“Everybody that’s looked at it said this will be one of the most transformative road-construction technologies ever,’’ Weaver said. “We’re recycling what’s there, and we’re delivering a road that’s better than the original, at no higher cost than it would cost you to rehab that road the traditional way.’’ 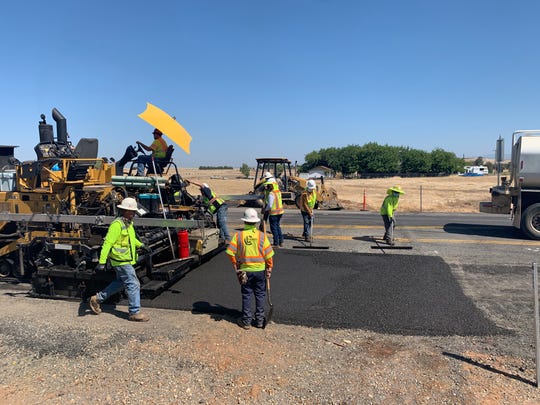 The process involves four large construction vehicles linked together in what’s called a “recycling train,’’ which scoops up the top three inches of asphalt on a lane, grinds them on a mill and mixes them with TechniSoil’s G5 binder, containing from 2-20% of liquefied plastic. The blended product is deposited back on the road, paved and rolled over.

There’s no heat involved in the operation, which essentially replaces the traditional binder — bitumen, a leftover from refining oil — with a sturdier plastic composite. The other elements of asphalt, such as crushed rock, gravel, sand and filler, remain in place.

Weaver said his company is the only one that recycles the entirety of the asphalt — typically only up to half is reused — which makes the new technique cost-effective.

Last week, the California Department of Transportation replaced three lanes of a 1,000-foot highway segment in the Butte County town of Oroville with the TechniSoil approach, the first time Caltrans had paved a road using all recycled materials.

Caltrans told USA TODAY via email that it is considering other similar pilot projects.

“Plastic recycling has a potential to not only repurpose a material with high availability, but also reduce our dependence on oil and reduce greenhouse gas emissions while creating more durable and resilient roadways,’’ the agency said.

The city of Los Angeles, which paved about 2,300 miles of roads last year — that’s the flight distance from L.A. to Washington, D.C. — is also eager to implement the new technology.

Adel Hagekhalil, executive director of the Los Angeles Bureau of Street Services — better known as StreetsLA — said the city conducted extensive lab tests of the TechniSoil product and came away impressed, calling it a potential “game-changer.’’ 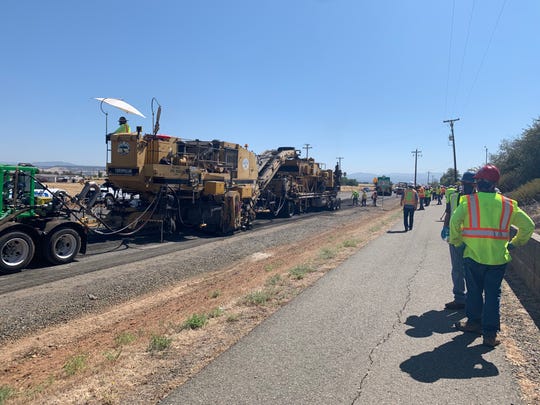 The “recycling train” scoops up the old asphalt, grinds it, blends it with a binder and lays it down to form the new pavement. (Photo: Courtesy TechniSoil)

The city intended to try it under field conditions in March, introducing a newly repaved street in front of the iconic Disney Concert Hall with a ceremony featuring Mayor Eric Garcetti, but those plans were delayed by the coronavirus pandemic.

The real-life test is now scheduled to start in October, on a quarter-mile stretch of downtown L.A. that’s uphill and heavily trafficked by buses, leading the asphalt to degrade quickly. Further review and analysis will follow, but Hagekhalil is optimistic this technique could be the future of asphalt.

“This is ideal because it’s going to be under ambient temperature, using plastic and using recycled asphalt and reducing the waste stream,’’ he said. “I think it’s a win-win in every way. But what got me really excited is the durability. It’s pliable like asphalt but hard and sturdy like concrete, so we’re very excited about it.’’

But plastic bottles are in high demand

For every lane mile of pavement, the TechniSoil system recycles about 150,000 of what’s known as PET bottles – the initials stand for polyethylene terephthalate – a type 1 plastic. Those are the containers used for water, soda and other common household goods.

While ridding the world of all those empty bottles may seem like a great benefit, environmental experts say type 1 and 2 plastics are in high demand, especially by beverage makers that have committed to increasing the recycled content of their bottles.

They can also be used to make fleece jackets and carpets, which provide higher value than blending them into roads, said Ted Siegler, a principal in the Vermont consulting firm DSM Environmental Services.

“All you’re doing is trying to take a relatively high-value recycled material and divert it to a lower use,’’ Siegler said. “There are other plastics that don’t have much value, and if they’re using those in asphalt, that makes total sense. But to take PET and divert it to asphalt doesn’t make a lot of sense.’’

The reason so many plastic bottles wind up in a landfill or the beach is because of lack of education and convenient recycling locations, Siegler said, not because no one wants them. 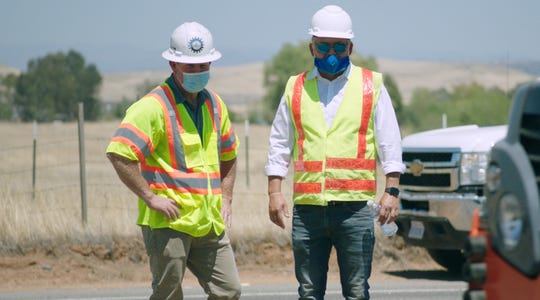 In fact, Roland Geyer, an assistant professor of environmental science at the University of California-Santa Barbara, said TechniSoil may soon run into stiff competition from beverage giants for those bottles.

“There’s going to be a huge demand in the future for end-of-life PET products, so I have a feeling TechniSoil is going to run out of supply very quickly,’’ Geyer said. “From a plastic-waste management perspective, if that technology could work with 3-7 plastics, the environmental allure would be so much more obvious.’’

The market for those plastics shrank considerably last year when China said it would not accept them anymore. Weaver said he believes that decision boosted interest in his company’s innovation, as the U.S. sought ways to dispose of or recycle excess plastic.

As it is, Weaver said TechniSoil is exploring two ways to incorporate those less-desirable plastics into its asphalt binder. He also pointed out the huge possibilities of the new process are likely to encourage states and municipalities to invest in equipment to sort out plastics from regular trash for their waste-management plants.

Weaver and StreetsLA’s Hagekhalil said they have discussed a public-private partnership, and Weaver said he has fielded interested calls from several other states and some foreign countries.

The Indian school where students pay for lessons with plastic waste : recycling

Stepped-up cooperation between Borealis and EREMA on mechanical plastics recycling