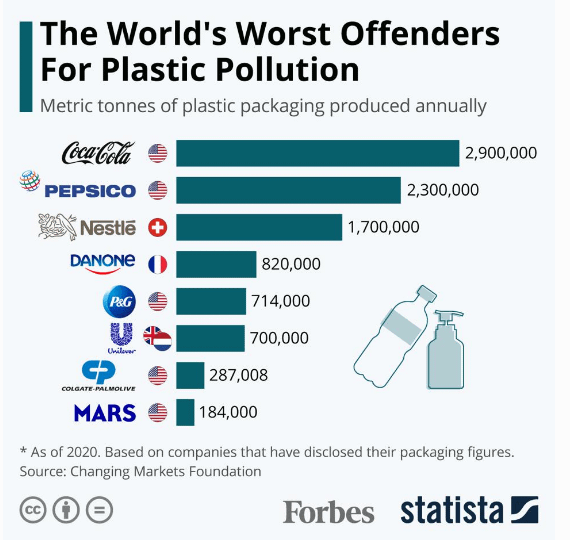 who are the world’s worst offenders for plastic packaging production and pollution?

The report names Coca-Cola as the company with the biggest plastic footprint on the planet with 2.9 million metric tonnes of plastic packaging produced per year.

Five of the eight companies with the biggest plastic footprint are American with Nestlé (Switzerland), Danone (France) and Unilever (United Kingdom/Netherlands) the exceptions.

The report only focused on companies that actually report levels of plastic packaging produced with Mondelēz and Perfetti Van Melle notably absent from that list.

Waste Management Hobart: How To Arrange Tasmania Services In 2020!🚍

Around Friendswood: A new coach, recycling update and how kids can...

How to make a heart shaped pom pom – Recycled Crafts

Athletes to sleep on recyclable cardboard beds in Tokyo