The recently announced Volkswagen pilot plant for recycling electric car battery materials in Salzgitter, which will go into operation in 2020, is designed to initially produce 1,200 tonnes per year. The project in Salzgitter is to be followed by further recycling plants in the next few years.

Engineers from the Components division are already working on a recycling concept. The aim is to return raw materials to the production process chain. After all, discarded battery cells can serve as valuable raw material suppliers.

“For ten years now, we have been researching how we can recuperate raw materials. These include, above all, cobalt, lithium, manganese, and nickel,” explains Thomas Tiedje, Head of Technical Planning. The multiple use of these four raw materials in particular is also so important because their extraction and use can be decisive for a company’s CO2 balance. Meanwhile, at the Braunschweig components plant, management and staff have been tuning in to times with “a lot of excitement” for months, according to VW. The first chemical storage units for the ID. family of electric cars are due to leave the plant at the end of 2019. These batteries will then be delivered to the assembly plants, initially mainly to Zwickau. ID. production will start there at the end of 2019. Batteries from Braunschweig will then follow for models such as the ID. Crozz, ID. Vizzion or the ID. Buzz.

At the same time, the “Center of Excellence” in Salzgitter is being built as a pilot plant for battery cell production. This will include a recycling plant from 2020, initially for 1,200 tons per year. This would correspond to 3,000 batteries. A further capacity increase is planned. Initially, the returns will be analysed according to special test criteria. Then there are two ways: the battery can be given a so-called “second life”. One possible application would be their mobile fast-charger with integrated battery storage. 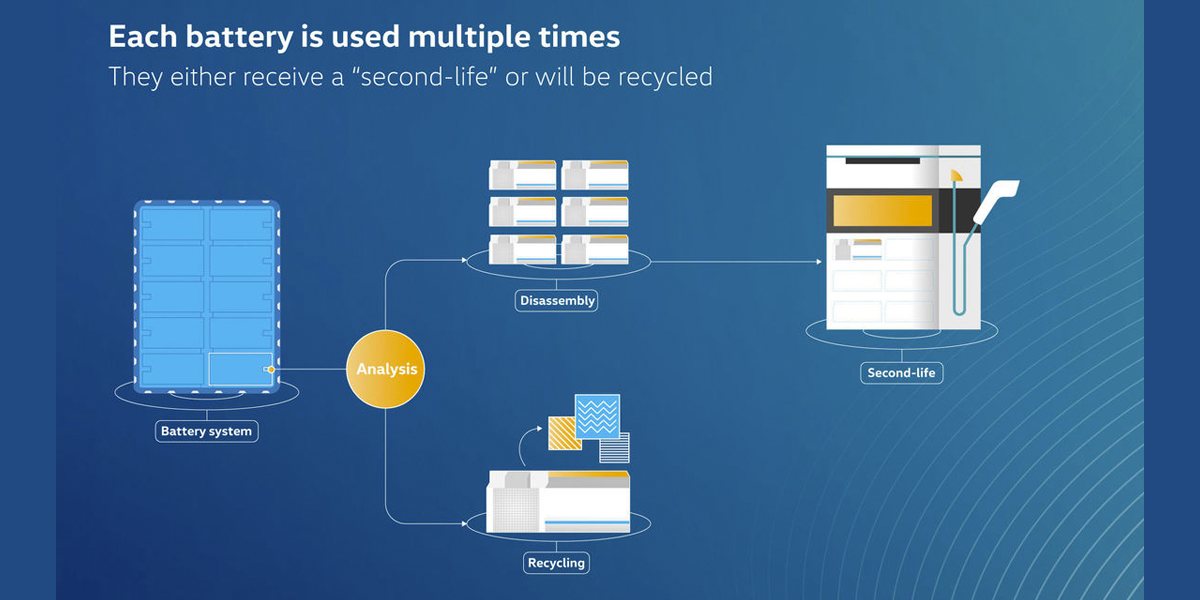 If the battery is not used in a “Second Life” application, it is prepared for recycling in Salzgitter: For this purpose, the individual components are first shredded. The material is then dried and sieved. In this way the employees obtain so-called “black powder”. According to VW, it contains the valuable raw materials – nickel, manganese, cobalt and lithium. These now only have to be separated individually. They are then available for the production of new batteries. 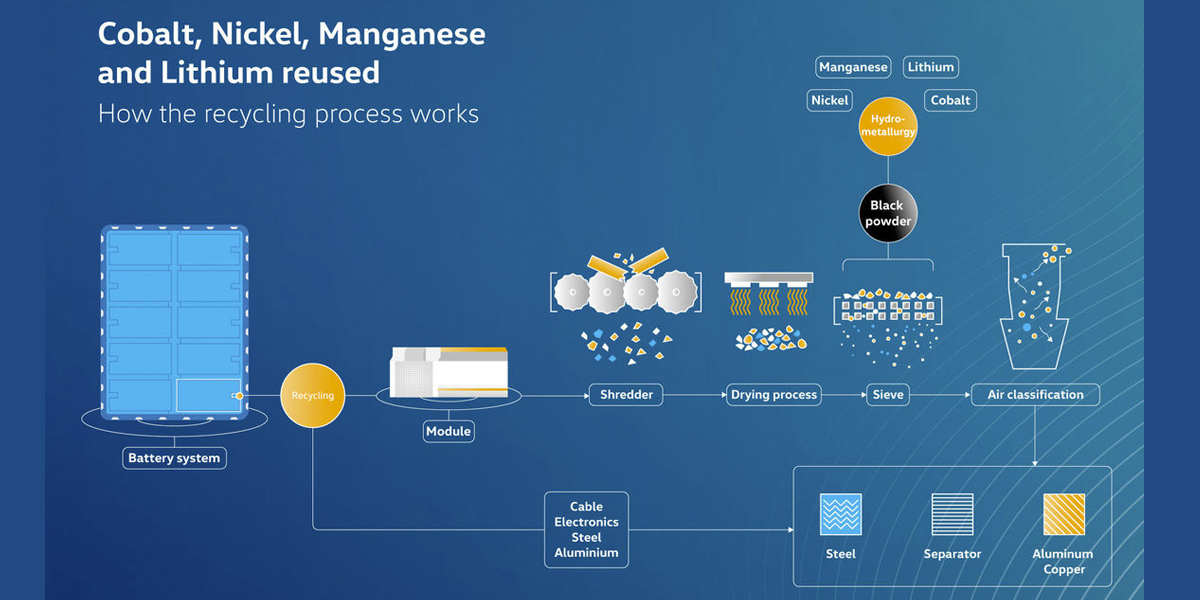 The plant in Salzgitter is a pilot project. It is cost-neutral right from the start, and investments and benefits should balance each other out. This has to do above all with the fact that disposal and new procurement of raw materials is financially expensive: the company would have to make high investments for both procurement and disposal. The project in Salzgitter is to be followed in the coming years by further decentralized recycling plants. A long-term goal has been set: 97 percent of all raw materials are to be recycled.

What you may have missed: Digging out, Pritzker sworn in, county...

No refuse/recycling collections on Veterans Day