Opinion: As it turns out, you CAN put too much effort into recycling. Here’s what to focus your time and effort on putting in the blue bin. 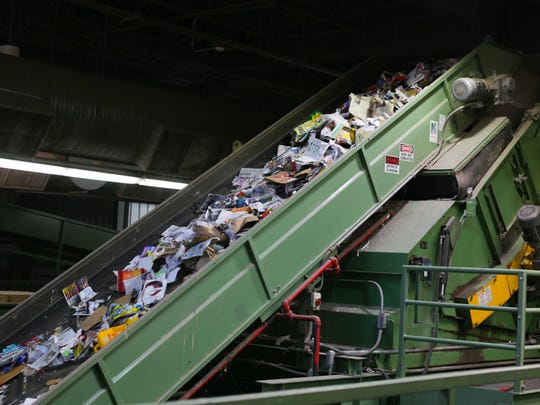 620 tons of recycled goods get processed by the City of Phoenix’s recycling facilities every day. Goods get pushed up a belt at the city’s 27th Avenue processing facility in Phoenix, Arizona on June 21, 2018. (Photo: Megan Janetsky/The Republic)

I soak, rinse and air-dry many of the items I recycle. I’ve even been known to retrieve a thing or two from the pile to give them a good washing.

News the past couple of years about communities pulling back on their recycling program or wholesale diverting what’s collected to the dump have not dampened my drive. They have, however, prompted a review of what’s best to do in the city I live (Phoenix) and clear up some misconceptions I held.

1.  Empty containers. Rinse if you can

A wash and rinse is ideal, but it’s not the end of the world if you don’t. The contamination rate of recyclables – that is, the amount of material placed in recyclable bins that end up in the landfill – hovers around 25-30%.

We’re told that otherwise-conscientious recyclers contribute to the contamination with unfinished bottles of salad dressing or ketchup, or even relatively empty jars of jelly, peanut butter and other sticky substances. The implication is that the dirty bottles or jars are diverted to the dump.

Thus the advice to empty content as best you can, partially fill the bottle or jar with water and a bit of liquid detergent, shake vigorously and clear. (In fact, the bottle, jar or can is recycled regardless and the residue is burned off when the container is melted down, according to locally based Republic Services, the second-largest recycling-services company in the country.)

The far likelier scenario, however, is that the substance oozes out of the container when compacted in the hauling truck and contaminates paper and cardboard, which make up the bulk of recyclables and are among the most sellable.

I’m rethinking my practice of soaking every tomato-paste can in hot water and soap or sponge-washing every Nutella jar multiple times. Or rinsing out every laundry detergent and milk jug after emptying.

2.  Not all paper or plastic is recycled 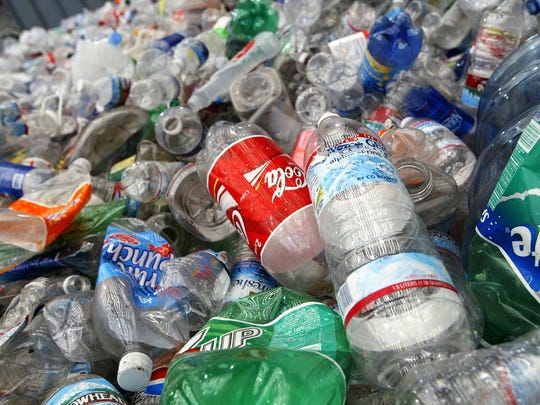 Not all paper or plastic is created equal. I no longer trouble myself with paper material that has metal, plastic or foil such as spiral notebooks or frozen concentrate orange-juice cans. They can’t be recycled in the first place.

And increasingly, the same can be said of some types of plastic. Cities such as Flagstaff and Glendale now only accept #1 or #2 plastics that make up the likes of detergent, water and other larger containers. There’s simply no market for the other plastics now that China has imposed rigid standards on what recyclables it accepts.

Phoenix still accepts just about all plastics — except plastic film — but absent a demand, much of the plastics that aren’t marked 1, 2 or 5 are diverted to the landfill. Which makes all the washing and rinsing I do of foam containers from restaurant takeouts or meat-holding trays from supermarkets essentially a pointless exercise.

Ditch the little guys. In addition to rinsing and air-drying (letting stand upside down) beer and wine bottles, I dutifully retrieve beer and water-bottle caps and wine corks from the trash and recycle them. That, too, turns out to be a futile effort. Small items drop off along the conveyor-belt sorting process and end up in the pile destined for the dump.

That’s a key reason why we’re instructed to keep the top, cap or lid on containers — not just to keep in whatever residual substance may be inside but to ensure the small part is recycled as well. (Just junk the beer caps and corks.)

Similarly, those little plastic containers holding hot sauce, jalapenos, fish sauce and other condiments, which I also diligently wash and dry, are often too small to process. 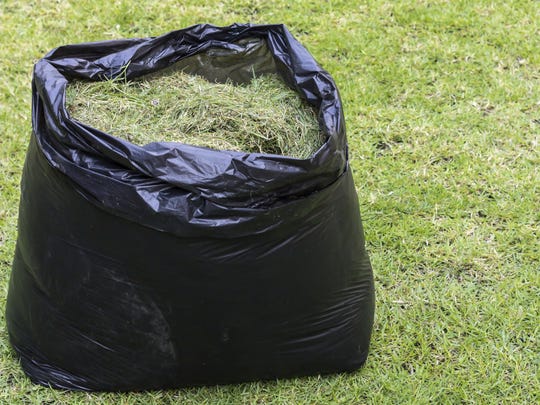 Yard waste remains one of the top three culprits (along with food/liquid waste and plastic bags) of contamination of recyclables. Grass clippings, tree branches and other yard debris belong in the garbage bin. Yet, they accounted for 7% of the recycling stream in a 2017 analysis Phoenix conducted.

Some of this is due to the ignorance of homeowners and tenants. Some is due to yard maintenance crews – especially smaller outfits who don’t haul away the debris. Our recycling bin gets hit with grass, oleander and other tree trimmings at least several times a year. The first time I found out was when a city inspector taped a notice on my door pointing to the violation.

No big loss if the offending material is the only thing tossed. But yard waste often condemns much or everything else in the recycling bin to the landfill and, if multiple bins are fouled up, even a big chunk of an entire truckload content.

It helps to have a talk with the crews or the neighbors who employ them.

An encouraging development: In parts of Phoenix, residents can enroll, for $5 a month, in the city’s Green Organics Curbside Collection Program. It comes with a tan bin in which yard waste, including fruit and garden debris, can go. The stuff is hauled to a facility and the material turned into compost.

5. Too complicated? Remember this

If the above seems too much a chore, here’s a simple rule of thumb:

It would help move the needle on meaningful recycling.

We can agree, or agree to disagree — but only with the support of readers like you. Please sustain local journalism and subscribe to azcentral.com today.

Recycle your old phone, laptop, TV and batteries — everything you...

Australia’s water shame: We waste 90% of our most precious resource...

Canberra’s recycling plant in Hume shut down over concerns for worker...

Do you know where your paper and plastic go? How China...

Recycling vendors drying up in Tri-Cities